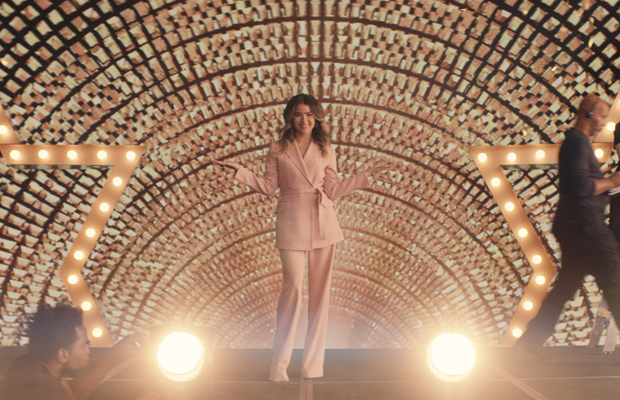 MGM Resorts has launched two new campaigns encouraging people to return to life with style.
Both created by McCann New York, one is for the MGM Resorts Las Vegas brand and the other focuses on the iconic Bellagio resort and casino.

The past year and a half has been a difficult and trying time, to say the very least. The pandemic and its effects altered how we live, limited how we interact with one another, and diminished what we expect from our day-to-day experience.
Now, as case numbers fall and vaccinations increase, return to life as we know it is on the horizon. But it would be a mistake to look forward to simply returning to normal.
As the brand that exists to entertain the human race, MGM Resorts is compelled to remind the world that a return to normal just won’t cut it - this is time for something way beyond normal. Like massive live shows, iconic performances, unforgettable culinary delights, other-worldly settings, and more luxury and glamour and romance and fun and amazement than can be found anywhere else on the planet. As far as we’re concerned, it’s time we all have the time of our lives again.
To bring this idea to life, actor-comedian Nichole Sakura (Superstore, Shameless) becomes part spokesperson, part party planner, leading our audience on a whirlwind tour of MGM Las Vegas properties, in which each scene is packed with characters, iconography, and not-so-subtle nods to the amazing diversity of experiences that await.
In a 30-second spot and multiple shorter social films, directed by brother-sister team The Coles, Nichole reminds us that there’s a place and time for everything - that place being MGM Resorts’ Las Vegas properties; that time being now; and that everything being more than we ever expected: think Lady Gaga, Bruno Mars, David Copperfield, Blue Man Group, chef Roy Choi, massive floral sculptures, and Cirque du Soleil performers, and then some.
Stunning outdoor and social assets also serve to remind our audience that whatever they love to do most, it’s time to do that again, here at MGM Resorts Las Vegas.

Bellagio - This is the Life

If there has ever been a Las Vegas property that needs no introduction, it is the iconic Bellagio. This is the setting for Ocean’s 11, home of the world-famous fountains, crown jewel of the Las Vegas Strip. And that’s just scratching the surface.
Yet for many visitors to Las Vegas, scratching the surface of Bellagio has been enough lately. A photo in front of the fountains or a walk beneath the Chihuly sculpture in the lobby and into the Conservatory (they think) might be sufficient to get a feel for the place.
Well, MGM Resorts begs to differ. In fact, it’s only by staying at Bellagio, by discovering the magic in its smallest moments and its grandest gestures, and by immersing oneself in its unique lifestyle that one can truly appreciate its effect. A stay at Bellagio is an escape not just from home, but from the Strip, from Las Vegas, from the realities and trivialities of everyday life. There are moments and getaways that remind us of who we are, of what’s most important, of just how beautiful life can be; moments when we say to ourselves or to those with us, “this is the life.” These moments and these places are rare, but if they’re to be found in Las Vegas, it’s at Bellagio.
This is the feeling the new Bellagio brand campaign sets out to capture. In films directed by brother-sister team The Coles, we witness a magical and joyful moment in which a character finds the Bellagio Fountains are mirroring his every move; and we watch as an older couple envisions themselves as young lovers again as they waltz romantically through the grounds of the property. Still assets photographed by Alex Cayley capture those elevated, other-worldly moments when guests may find themselves thinking the campaign line: This is the Life.
The campaigns will run on TV (Hulu, Roku, etc.) online video, social, OOH, print.