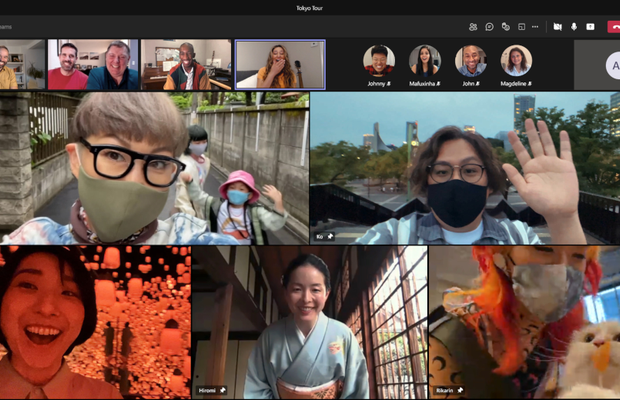 People all over the world had big plans to visit, explore and experience Tokyo this summer. And then, all those plans were cancelled. Now, although people can’t get to Tokyo on a plane, they’re going through Microsoft Teams.

In the latest campaign from Microsoft Teams, we see how a group of people who had their trips to Japan cancelled get a personal, local and off-the-beaten-path tour around Tokyo by people who live there, all through Teams.

We see parts of the city they didn’t plan to see, learning traditions they didn’t know about, and becoming friends with people they would have never met, virtually through Microsoft Teams. They visit an underground izakaya, get an ikebana lesson, wander around a cat café, and discover many more things in a personal tour through Tokyo.

Kathleen Hall, CVP, brand, advertising and research, Microsoft: “This was just a great opportunity for Teams to do what Teams does best—connect people visually, emotionally, so that it is almost as if you are there.”

In addition to the campaign, Microsoft Teams and NBC will be connecting athletes with their friends, family and biggest fans supporting them from back home, all through Microsoft Teams custom integrations.