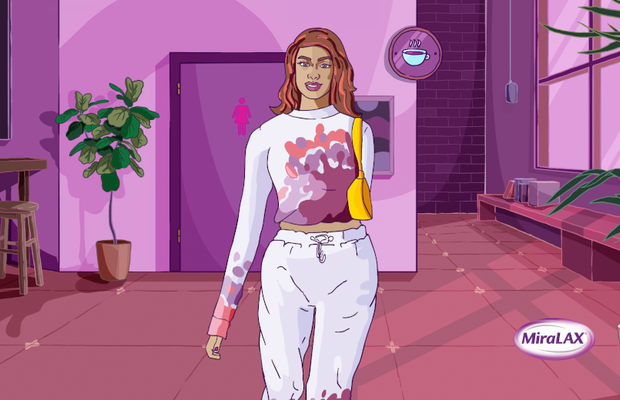 The brand defies conventions by leaning into the feelings of irritability and frustration that arise from occasional constipation, helping consumers see gut health in a whole new light. Through an innovative set of vocabulary calling out how constipation can lead to a bad mood, the new bold and empowering campaign talks about an embarrassing topic in a refreshingly playful and relatable way.

A diverse cast of five modern, animated characters, created by Flavor Studios, shows that digestive backups can make any person irritable, or ‘Crankypated,’ like one of MiraLAX’s female characters says. It’s the first step in humanising the problem of constipation, showing characters that are cool and interesting but also reflect how people truly feel when they deal with a backed-up gut.

By highlighting how the product works naturally with the water in your body, the campaign puts MiraLAX in a special category. “Our focus is to generate awareness on the emotional impact of constipation, bringing MiraLAX into a broader wellness space, speaking to constipation sufferers who avoid taking laxatives that have aggressive ingredients with harsh side effects,” says Teresa Gonzalez-Ruiz, vice president marketing – nutritionals and digestive health.

The work will run on TV – starting July 6th – and digital/social media including Instagram, Snapchat, Pinterest and Twitter. The campaign is the first one created in partnership with creative agency Energy BBDO, since the agency was awarded the MiraLAX business at the beginning of this year. Work featuring the other four characters will launch over the coming months.