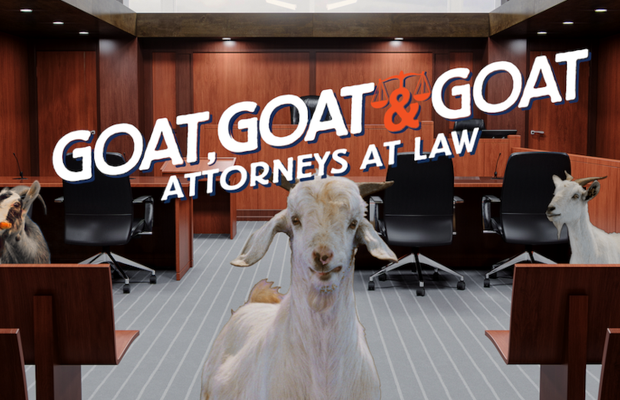 Injured by an automatic door? Received a negligent haircut? Read a self-serving press release? Get the lawyers who will take you seriously – Goat, Goat & Goat Attorneys at Law.

The latest venture from Mountain Goat Beer, developed by The Monkeys, part of Accenture interactive, is dishing out compensation to Australians who have suffered some form of injustice.

The promotional campaign, directed by Max Barden from Sweetshop, will feature real Goat, Goat & Goat clientele who were brave enough to come forward and share their stories of injustice, such as Albert Garcia, whose fro-yo didn’t come with enough sprinkles.

Mountain Goat Beer marketing manager, Marc Slater, adds: “With the brewery being closed for most of the year we’ve put the goats to good use. Opening a law firm that dishes out cash for minor complaints seemed like a logical next step for the brand.”

If you’ve been aggrieved or wish to seek compensation, simply purchase a case of Mountain Goat Beer and plead your case for a chance to win compensation. There’s fifty thousand dollars to claim!

The national promotion runs from October 18th across social, OOH, radio and online.