Move Over Taco Tuesday...WEGGSDAY is Here to Stay 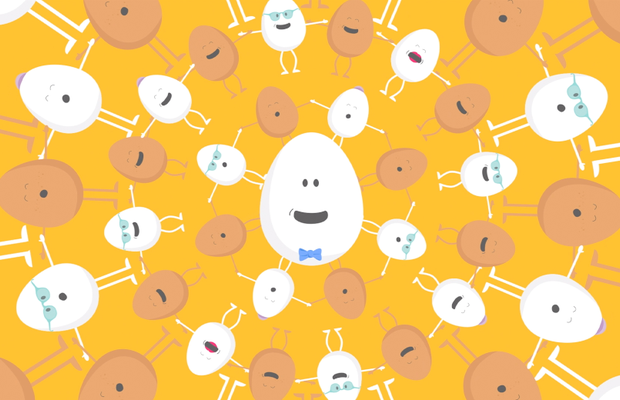 Energy BBDO has launched a new national campaign with the American Egg Board: WEGGSDAY!

Much like Taco Tuesday, WEGGSDAY embraces the popularity of marrying a day of the week with a popular food. A two-minute original music video, titled ‘Wednesday Is Officially WEGGSDAY!,’ has been created to hilariously introduce the concept. The animated video also highlights the versatility of eggs, reminding consumers that eggs are an incredible meal solution beyond just breakfast.

The work, the latest in the American Egg Board’s ‘How Do You Like Your Eggs?’ creative platform, will launch on digital and social with a teaser video. The first WEGGSDAY to follow will align with National Egg Day, which is Wednesday, June 3rd. On National Egg Day 15 and 06 second versions of WEGGSDAY will also take over VEVO, the massive music service that includes platforms like YouTube, Apple TV, Roku, and FireTV. The spots will appear before the videos of a dozen major artists, including Harry Styles, Khalid, and Carrie Underwood.

Following the launch, the American Egg Board will release related content, like recipes, online every Wednesday. Users are encouraged to share how they celebrate each week with #WEGGSDAY on social media.

“Eggs in the past few years have become more popular with consumers than ever. In fact, in 2019, egg consumption reached its highest level in decades. So, naturally, eggs deserve their own day of the week,” said Liz Gruszkievicz, VP, marketing at the American Egg Board.

“Consumers are insatiably hungry for ideas about what to make for their meals, now more than ever, and by highlighting the versatility, nutritional value and ease of preparation of eggs on WEGGSDAY, The Incredible Egg is providing a perfect solution,” Liz added. “The fun, positive and uplifting tone of the campaign also comes at a time when we might need a little bit of levity in our lives.”

The work was created in partnership with creative agency Energy BBDO.