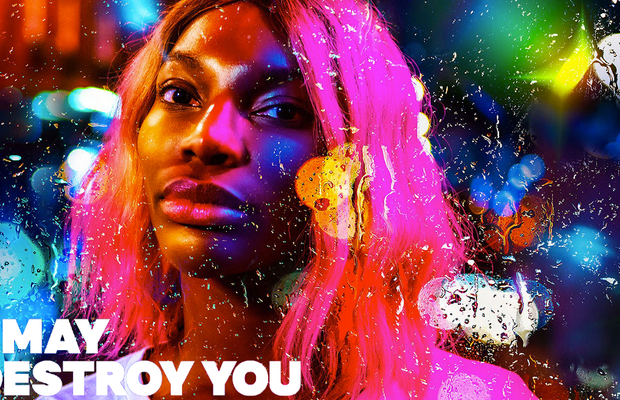 Music supervisor Ciara Elwis at Air-Edel worked on the show' I May Destroy You', which was written, co-directed and executively produced by Michaela Coel for BBC One and HBO. Coel also stars in the comedy-drama series. Elwis speaks to Music Week about the standout placements for the series, including 'It’s Gonna Rain' by the Rev Milton Brunson, which features in three episodes.

"I really hope that when watching the series and listening to the soundtrack, people will see themselves and their musical taste reflected. One of the things I was most excited about with this project was the fact that it represents modern life in the UK in a way that is so familiar, and yet we still don’t see nearly enough on screen. From a musical perspective it was important that the music was true to the characters – so the emphasis on black and also queer artists came naturally from that start point. This also provided an opportunity to showcase some incredible talent from both the UK and further afield to a wider audience, which is always one of the best bits about my job," said Ciara.

“We worked closely with the rights holders over six months to make sure that both the artist and production were happy with the uses,” she continued. “The hard work was 100% worth it, as I think it’s a hugely powerful track, playing to Arabella’s inner emotion throughout the series as she processes what happened."

Elwis was also named Cola by Arlo Parks - who featured in episode seven - as a key sync.

“I’ve been a big fan of Arlo for a while now and had tried to find a place for this track on a previous project, but it just didn’t quite work,” said Elwis. “So I’m really glad that it found a good home in 'I May Destroy You'. Tonally, she’s such a great fit for the moment where the track plays.”

Little Simz contributed 2016 track Picture Perfect, while HBO used Offence for the US trailer. Here, Music Week and Elwis take us inside the show and its musical moments…

Music Week > What were your aims going into finding the music for 'I May Destroy You'?

Ciara Elwis > Given the personal nature of the show, our initial searches were led by conversations with Michaela about the sort of music she’d like to have in the programme, using sources such as the podcast Soulection as a reference point. There were also already some tracks written into the script, which provided a good compass. From there, we looked for tracks and artists that we felt would work well within both that context and the show as a whole – with a good handful of wild cards thrown in!

You can never really tell for sure what is going to work until you see something to picture, and with this series in particular I think the cinematography manages to capture London and modern life so accurately – an incredible melting pot of people from every walk of life, full of brilliant colours – that it gave us some really powerful shots to play against and accentuate with the music. For example, future jazz might not seem like the most obvious choice for the series, but the tracks we used by London-based The Comet Is Coming and Sons Of Kemet actually work really beautifully to picture and add to the very eclectic and yet cohesive feel of the show. It was really important to us that the music felt representative of the character we were seeing on screen as well, and so variety was absolutely key to that.”

Music Week > How did you want to represent and complement the themes in the show through its music?

Ciara > One of the initial discussions we had about the use of music in the series was about not wanting it to be too emotionally leading, so instead the song choices are more often representative of the characters – what they would be listening to, or perhaps a play to part of their character. There are a lot of pretty hard-to-process scenes in the series – not just around sexual assault, but also the way the characters treat each other, so I think approaching the music in this way is quite effective. If you slap a sad song on an objectively sad moment then a viewer is usually only going to feel one way, but when you play against that, or play more to the character’s personality, I think it can help accentuate some of the nuance of a scene, of which there is plenty in this series!

Music Week > What do you hope the soundtrack says about modern culture in the UK and the importance of black music within that?

Ciara > I really hope that when watching the series and listening to the soundtrack, people will see themselves and their musical taste reflected. One of the things I was most excited about with this project was the fact that it represents modern life in the UK in a way that is so familiar, and yet we still don’t see nearly enough on screen. From a musical perspective it was important that the music was true to the characters – so the emphasis on black and also queer artists came naturally from that start point. This also provided an opportunity to showcase some incredible talent from both the UK and further afield to a wider audience, which is always one of the best bits about my job.

Music Week > How closely did you work with Michaela Coel on the music?

Ciara > We worked really closely with Michaela, Sam Miller, the director, the editors and the rest of the production team. I think the series has about 150 commercial tracks representing a kaleidoscope of different voices, emotions, countries and times, so it’s an extremely music-heavy show. The challenge of that is a total dream for a music supervisor, but the final product is always a team effort, and better for it - there’s bits of all of us in the soundtrack!

Music Week > You've dug deep for some classics too, what was the thinking behind some of those?

Ciara > Michaela had written 'It’s Gonna Rain' by Milton Brunson into the script, so gospel was part of the DNA of the series from the very start, and it adds this amazing depth to the scenes it plays in. We also thought a lot about the characters’ taste in music when working on the series – what sort of music they would have on their playlist, who they would have listened to growing up, as this all adds to our understanding of who they are. In that context it wouldn’t have made sense to only play recent or well-known songs – the characters in the series all have different upbringings, struggles and personalities, so the music needed to represent that. Plus, as much as I love to showcase new songs and artists, there’s a huge amount of incredible old and forgotten music which brings out such a strong nostalgic response in people when they hear it, and that can be really powerful.

Music Week > How did it feel to work on this project, and how do you feel now it's out?

Ciara > One of the strange things about working on a show from script stage is that you don’t get to have that ‘first impression’ of the final product, which everyone else viewing does! There’s always so much context to what you are watching that it can skew how you see it. I say this because even though I was really excited about the series when I was working on it – because of how fresh it felt, and the way it manages to explore really important subject matter in a really matter of fact, honest way – I think I was so close to it, that I couldn’t really trust my own judgement when it came to how the public would receive it! Even if I had, though, I don’t think I ever could have predicted the response it’s had, and it feels amazing to have been a small part of a series that has had such a profound effect on so many people.

This article was originally published on https://www.musicweek.com/