Rob Dunham from A-MNEMONIC shares his playlist for this month 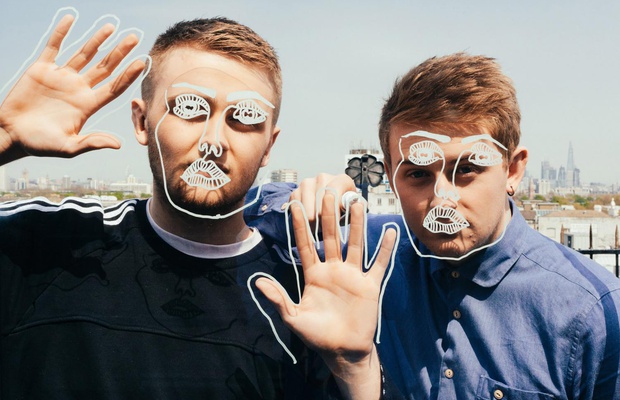 A-MNEMONIC's Rob Dunham breaks down his music to listen to this month.

Liverpool alt-pop trio HAARM have released their new single release of new single ‘Dahlia’. Recorded, mixed, and produced by Daniel Woodward at Whitewood Studios, the band say that ‘Dahlia’ is “essentially about self-destruction; going on a downward spiral, ruining relationships and friendships along the way, feeling isolated - you know, the usual cheery HAARM stuff. However, the chorus is supposed to offer a glimmer of hope in it all. There's a person who hasn't given up on you just yet that might help you turn it around.”HAARM formed in 2016 in an underground tequila bar at 4am, and the trio began work immediately on writing and recording a set of songs with a strong emphasis on melody and groove, all centred around Jen and Chris’ dual lush vocals. The band have continued to go from strength to strength for HAARM with the band landing high profile sync on Netflix Japan's reality TV show Terrace House, and in January 2020 the band’s version of The Meters ‘Hand Clapping Song’ was selected by BT Sport to soundtrack their Premier League Tonight show.

Acclaimed songwriter and artist Ina Wroldsen is back her with her glorious new single ‘Pale Horses’.The track really sees Ina coming into her own as she delivers a dramatic bruised love song laced with euphoric pop. “All is almost lost / Can’t you see the dust on the horizon? / Don’t you see that they are coming for us?” she sings, before delving into the infectious chorus.Citing the Bible as the inspiration for her latest release, Ina said in a statement: “As a writer, I am always inspired by the written word. The Bible is one of the texts I keep coming back to for inspirational lyricism and especially the book of revelations. It’s a terrifying read and for some reason, I have always been obsessed with the four horsemen.“I wanted to write a song using them as pointers to society on a whole as well as our personal relationships with our loved ones. The time we live in is a strange one, and I for one can really hear the pale horses if I put my ear to the ground. I think we might all do well to stop and listen out for them a bit more.”

After announcing 'We’re back!!', Disclosure has dropped another new single ‘Tondo’.The new track from the Lawrence brothers is built around a sample of ‘Tondoho Mba’ by Cameroonian jazz-funk and disco artist Eko Roosevelt,In a statement accompanying the release, Disclosure said: “Over the past few years, we have been exploring more and more African genres of music. This specific track samples the great Cameroonian musician Eko Roosevelt. If this track is anything, it’s fast, punchy & above all... fun.”

A-MNEMONIC is a music production company and audio branding agency based in Soho. Specialising in music for TV, Brands and Advertising.