The CD at The Mill London on art, culture and his dad dressing like Morrissey 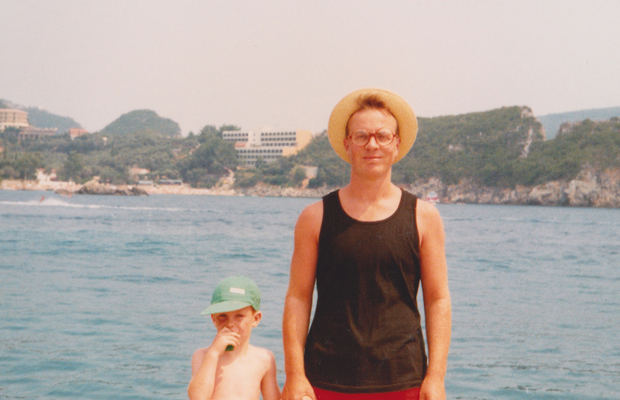 Creative director at The Mill, Tom Dibb chats about how his dad is biggest creative inspiration and the importance of chasing the weird creative stuff.

Q> Is there one event / piece of wisdom from your career that's always stayed with you? What is it?

Tom> Yeah. Absorb it all — art, culture, music, everything. Be a proactive curator of the stuff you love, then smash that stuff together and make something new.

Q> Set the scene! How old were you when you learned this insight, where were you working, how long had you been there, what year was it, what was your role and how were you feeling generally about your career at this point?

Tom> This sounds a bit weird but it's not really something I learned from a peer or colleague. It was more like... the way I grew up.

Q> Tell us about the chain of events that led to you learning this insight… be as specific as you can!

Tom> When I was four or five my Dad used to dress like Morrissey — quiff, horn-rim specs, cardigan — the whole get-up. At the time this was one of his 'things'. But another one of his things was dub reggae, so he would sit by our tape player with his Morrissey quiff cranking out Lee Perry's Jamaican sci-fi riddims. He saw nothing unusual in loving both those things. His taste in art was the same way — Chip Kidd and Derek Jarman, R. Crumb and David Hockney... There was no through-line with this any of this stuff, he just thought it was all cool and collected it as inspiration. And I think that's a brilliant approach to creative work.

Q> And if you got some words on wisdom from a particular person or there’s a key, influential person in this story – tell us about them! What was your relationship to them, what were they like, how did you feel about them (admiration, awe, respect… disrespect)…

Tom> Like I said, this is all my dad's fault. I just copied what he did because it seemed to work for him. He started his career doing Letraset layouts at the Gas Board. By the time he retired he was an Executive Creative Partner at Ogilvy. And he managed to climb that ladder by curating weird, cool stuff and deploying it in clever ways. He loved John Peel and I think that really influenced his way of thinking — Smokey Robinson and The Fall and Alice Cooper were a perfect mix in his mind. And he approached his work like that. He would always try to make strange and unexpected combinations — a weird bit of humour shot by a cutting-edge photographer. Or a mainstream beer ad with a leftfield soundtrack. And I learned all that stuff from him. He was my John Peel. He still is.

Q> Why do you think it struck such a chord?

Tom> Because it's really simple and really sincere approach to working. It's just about finding obscure things you love and sharing them with other people. Pushing those things forward. It doesn't really feel like work.

Q> How did it change you as a person and in your career?

Tom> It gave me direction. I knew I had to find a way to chase weird creative stuff every day. And I've been very lucky that I've been able to make that happen. Particularly with the Mill squad who are the best collaborators you could ask for.

Q> And as you’ve progressed in your career, how have you re-evaluated this piece of advice?

Tom> I think the Andy Dibb method — pursuing weird subculture stuff and smashing it all together — is a pretty standard process for most creatives in 2020. The internet changed everything, delivering infinite art and music, 24/7. And that's a good thing, but it means you've got to be better at curating if you want to stand out. Brands are leveraging youth culture everywhere you look. And it’s pretty wild. If you'd have told me ten years ago about the D Double E Ikea ad, or the commercial influence of Supreme, I wouldn't have believed you. (But maybe my dad would, because both Morrissey and Lee Perry starred in Supreme campaigns, 25 years after gracing our tape player.)

Q> Is this insight or piece of advice something you now share with other – if so, how do they respond to it?

Tom> I think young creatives tend to be better at collecting and curating than I ever was, so I'm not sure that advice is needed. But I think the broader message — chase after the weird stuff you love — is always worth repeating.