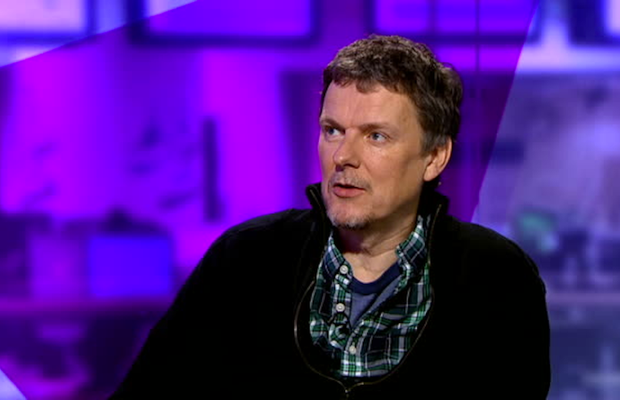 Keri Collins is a Welsh BAFTA winning comedy writer and director. Keri’s comedy sketches have garnered over 40 million views on Facebook alone. He has won BAFTA’s for both his feature and short comedy films.

Taking inspiration from comedy over the years, Keri explains why Michel Gondry stands out from the rest.

Keri> There are many people who I would say have inspired elements of my comedy work over the years, Monty Python, John Hughes, Lorne Michaels, but the person who most inspired me on a tonal and aesthetic level is Michel Gondry.

How long has this person been important to you and what are your first memories of meeting them or coming across their work?

Keri> I first came across his work in 1995, although I didn’t really know it at the time. I had just completed my GCSE exams and had three months off school. My parents invested in Sky TV for the first time to keep me off the streets whilst they were in work, and I spent many hours watching MTV in the golden age of music promos. Many of those hours were spent watching Michel’s promos and being in awe of the creativity and style they emanated. The Levi’s Drugstore ad was still something that was in the pop culture consciousness, but at the time I didn’t know who the director was.

However, it was Eternal Sunshine of the Spotless Mind that really had a transformative effect on me. I was in my second year at film school as a ‘mature student’ (aged 23 :), and that film was released. I must have gone to the cinema fifty times to watch it. I’d never seen anything so inventive, yet shot in such a grounded, handheld style. It was absolutely mesmeric.

However, the biggest thing I took from it, was the tone, the emotion, the heart, the way it connected with the audience in such a real, raw, uncompromising manner despite the visual tricks and non-linear narrative and still being very funny in places.

As I was in a formative stage of my development as a director, I was too focused on trying to make stuff look cool, style without substance, but Eternal Sunshine truly made me want to focus on always bringing heart and emotion into any piece alongside the comedy.

If it’s someone you personally know, how did you get to know them and how has your relationship evolved over the years? If you don’t know this person, how did you go about finding to learn more about them and their work?

Keri> Unfortunately I’ve never met Michel, but after Eternal Sunshine caught my eye, I devoured everything he had directed, going back through music promo retrospectives, his debut feature Human Nature and then anything he  released subsequently. I still believe he’s one of the best directors working today.

Why is the person such an inspiration to you?

Keri> Because like all the best directors, he’s a visionary. He has a style that you immediately know is his, but as I mentioned above, it is his brilliance in handling tone, placing emotion and comedy side by side, that I believe makes his work so inspirational.

How does this person influence you in your approach to your creative work?

Keri> I’ve never made anything with the inventive visual tricks of something like Eternal Sunshine, but I have been influenced by the tone and the heart in everything I do. Even when making silly sketches, I always try to think of what each character’s deep rooted insecurity would be in the situation, as that allows us to bring a lot of laughs out, but it comes from a place of honesty that helps it connect with the audience in a stronger way.