Shine a Light from Wunderman Thompson calls upon Americans and others to join once again in unity, 20 years after the 9/11 attacks 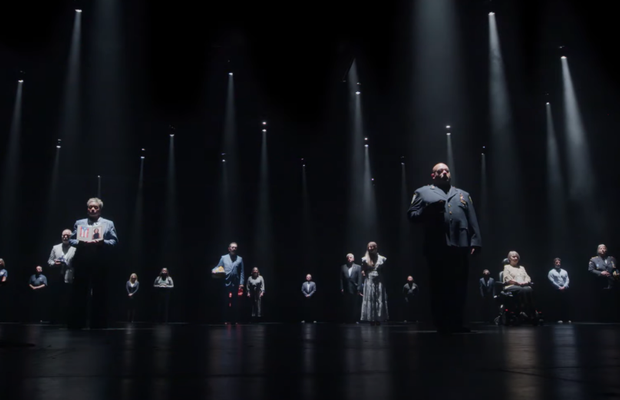 Wunderman Thompson, a WPP agency, announced today its collaboration with the non-profit 9/11 Day in creating a national public service advertising campaign, entitled 'State of Unitedness' to help organise one of the largest day of service in US history for the 20th anniversary of September 11th, 2001.

To honour the 20th anniversary of 9/11, the Wunderman Thompson team, in collaboration with the 9/11 Day co-founders, brought together a historic group of 9/11 family members, first responders, recovery workers, survivors, veterans, and Gold Star family members. Taking inspiration from the Tribute in Light annual memorial, one by one, the 23 speakers step into the spotlight to share the feeling of unity that followed 9/11. They remind us to focus on kindness and to 'never forget' what we are capable of doing together. The campaign challenges everyone to do a good deed to help others at 911Day.org.

The films are set to the lyrics of Bruce Springsteen’s 9/11-themed song 'The Rising' and are directed by filmmaker Amber Grace Johnson. In addition, a radio edition of the PSA will run with voice-over artistry from Academy award-winning actor Morgan Freeman.

“Our creative team was united in the goal of creating a work of art that remembers 9/11 respectfully and artistically,” said Jill Applebaum, chief creative officer Wunderman Thompson New York. “It was important for us to shine a light on the real people impacted by 9/11 and beyond, to remember the tragedy with deference but also celebrate how as a nation we came together during one of the most difficult periods in American history. A lesson that we should never forget is what we're capable of doing together.”

“We are proud to partner with Wunderman Thompson New York on this meaningful film,” said David Paine, president and co-founder of 9/11 Day. “The team worked tirelessly, with great passion and respect to develop the creative concept. Putting family members and those affected by the tragic events of 9/11 at the heart of this story is what makes it unique. Referencing their first-hand experience in this PSA reminds us of the collective power of coming together to do good and delivers a message of unity that our world needs right now.”

Wunderman Thompson ran the creative partnership from New York (film, radio and social, user experience, design, and copy). The agency is proud to have provided communications, branding, assets and developed the website experience.

For the third consecutive year, Wunderman Thompson has partnered with 9/11 Day to shine a spotlight on the nation’s largest annual day of charitable engagement, which aims to transform the anniversary of 9/11 into a worldwide day of doing good. Since its founding in 2002 by Paine and 9/11 family member Jay Winuk, 9/11 Day has grown to become the nation's largest annual day of charitable engagement.  Each year on September 11th tens of millions of people mark the anniversary by doing good deeds in honour of those lost, injured or sickened as a result ot the terrorist attacks and in tribute to those who rose in service in the aftermath.