Not too Heavy, Not too Light Kellogg’s Australia Ultimate Fusion is Just Right 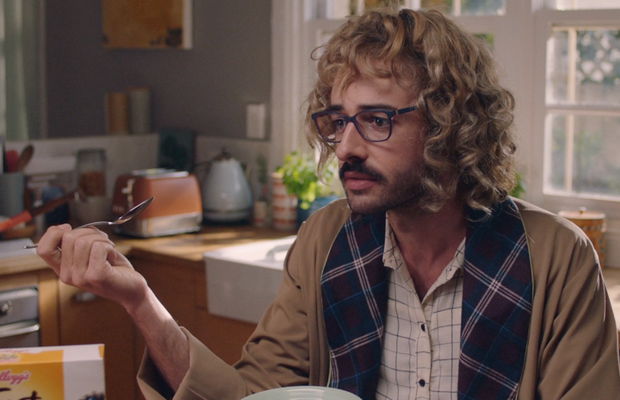 The campaign highlights the intriguing new taste and textural experience that comes from the combination of crunchy granola and the light crispiness of cereal in one product. Working in partnership with the Kellogg’s insight team, Wunderman Thompson Australia helped develop the overall brand positioning, strategy and creative campaign.

Angela Morris, national chief strategy officer at Wunderman Thompson Australia said the historical Just Right promise of balance, captured by long-term brand tagline ‘Not too heavy, not too light’, no longer resonated with some key audiences. Therefore, Wunderman Thompson had to resolve how to launch the new variant into this evolved and highly competitive breakfast market.

“Just Right Fusion is designed to appeal to the adventurous foodie, who is bored of the normal breakfast cereal tropes and is seeking something different. Which is why creatively our strategy is to be intriguing and a little off-centre,” she said.

Launching with a 15 second TVC and six second bumper ads, the campaign opens to a couple enjoying breakfast, both becoming increasingly taken with the idea of the unexpected fusion of granola and cereal, to the point where the couple starts to fuse together themselves.

Lucie Wolstenholme, marketing director at Kellogg’s Australia said: “Just Right Fusion is an innovative product for the category, so we wanted to launch it with a bold campaign. We are so excited to see how the product and campaign are received in market. Wunderman Thompson have been a great partner to bring this to life and we’ve enjoyed working with them from the beginning of this product innovation journey.”

The Just Right Fusion TVC campaign launched Sunday September 6, with the campaign being rolled out across digital platforms including Broadcast Video on Demand and 6” YouTube bumpers from September 7th.