Avelino Rodriguez, founder and MD at The Lift shares his thoughts on the novel The Battles in the Desert by José Emilio Pacheco 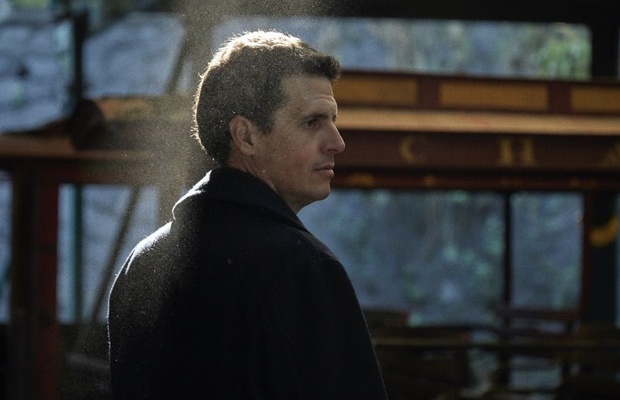 In The Battles in the Desert, José Emilio Pacheco describes the fear a tiny neighbourhood inspired in children in the fifties:

“Romita was a town set apart. There lurks the Man of the Sack, the great Snatcher. (…) During the day he’s a beggar; at night, a very elegant millionaire thanks to his victims’ exploitation. The fear of being near Romita. The fear of going on the trolley through Coyoacán Avenue bridge: only rails and sleepers; underneath, the dirty river La Piedad that sometimes floods with the rains.”

I once heard that we don’t live in cities, but in our descriptions of them. And as I read this novel, I thought about the different Romitas that we’ve lived in through the times: her first name was Aztacoalco, 'Place of herons'; her Christian name, Romita, came about when some Spaniards decided the tall trees that bordered its paths made it look a little like Rome. True or not, the nickname stuck.

In the forties and fifties Mexico City began to grow and change at dizzying speed. Only the Romita stayed still, hiding in plain sight from the ruthless gentrification that modernity had brought to her doorstep. Once a nest of herons, another one of bandits, the Romita slowly became something else completely: the last stronghold of times gone by.  Don’t get me wrong, there have been some changes. The tall ahuehuete trees where the corpses of robbers used to hang no longer stand by the fountain, and beautiful street art covers some of the inhabitant’s homes and establishments. It’s become a gentle, welcoming refuge both for her residents and for those who seek to escape the thick anonymity of the city now and then.

The heart of this neighbourhood gravitates toward public life, and the public space becomes an extension of the private: stories are the thread that connects it all.  Just a few days ago Don Mode, mechanic and distinguished member of the community, was telling me how the way he met his wife had been almost exactly like it had happened in the movie Tu camino y el mío (1966). Almost, because his wife had married him of course.

If you go visit, as you surely will, talk to them too: most of them have lived there their whole lives. They’ll tell you stories and rumours of love, secrets, local legends and apparitions that happened on that same alley you’re walking on, or on the steps to the church, or in the yellow house with a big twenty-six painted on it. The Romita is both character and mise-en-scène, ever-changing yet the same.

Another movie that was filmed there, by the way, is a master piece by Luis Buñuel: Los Olvidados (1950). In a society that felt horrified by the sight of poverty at the time, the film was strongly critiqued at first.  However, after it won the awards of Best Director and the Grand Prize of the Cannes Festival, they changed their mind. A famous mural was painted right by the plaza where the scenes took place, and the Romita became a little more well known – particularly by film enthusiasts. Interestingly, in the film you can see the construction site of what would become the National Medical Center, in the neighbouring Doctores Quarter. That’s where the hospital scenes from Cuarón’s acclaimed Roma were filmed.

I’ll let you in on a secret: the Doctores is also an amazing place to tell a story. Its geography is populated by endless markets, cantinas (bars), speakeasies, hotels, hospitals and funeral homes; its streets are home to some of the best urban art I’ve seen, too.

Altars to the Santa Muerte, the White Child, are lovingly taken care of by devout neighbours on certain street corners. The cultural and religious syncretism that permeate the realities of this neighbourhood give it a very distinct flavour. Life and death associate in the Doctores on a daily basis very strongly, and that may be why her residents seem to know at least this one fundamental truth of life: we may only take with us what we’ve eaten, drank and danced. It’s both a life philosophy and a war cry. That’s what the Doctores is all about, if you ask me.

Just like the Romita, the Doctores has her own mysteries and secrets for those adventurous enough to find out. La Posada del Sol is a particularly fascinating example. It’s not only a huge building with an eclectic mix of architectural styles: some say it’s haunted. It was meant to be a luxury facility, but they dropped the project. Rumour has it that the owner, overwhelmed by debt and frustration, hung himself in the hotel. From that day on, his ghost supposedly wanders the halls of its nine floors. (Truth be told, he died many years later in his own bed. But that doesn’t stop the story from keeping the dream alive.)

There are many ways to experience and understand the Doctores. From the endless stands that sell hundreds of luchador masks around the Arena México on Tuesday nights to the old Trolley Station of la Indianilla, there’s a place for every character you could imagine.  Buñuel filmed here another film, Desire travels by trolley (1953).  As a matter of fact, the Station serviced the capital’s trolleys for fifty years before it was abandoned in the fifties,  and it wasn’t recovered until 2006 – when it became the culture house it is today.

The Doctores has signified many of her spaces in her lifetime: living complexes and bars that used to be popular cinemas, retirement homes that are now universities, dreams that are now abandoned hotels. Her stories keep changing at full speed, and so are our descriptions of the spaces and the cities we inhabit.

What sorts of stories will you come up with, what cities will you imagine, once you finally arrive here?

I can’t wait to watch in on the big screen.