Avelino Rodriguez, founder and MD at The Lift, takes us through Mexico's rich history 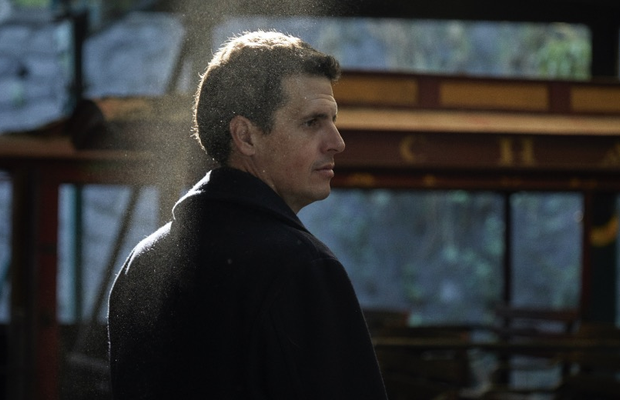 For the fourth chapter of my travels within México, I headed out to explore the complex emotional and cultural landscape of Veracruz.  After 400km and a five hour long car drive from México City, I finally arrived at Hotel Mocambo on the Gulf Coast of the state. Its arched terraces and open hallways that face the ocean make me feel like I have travelled back in time. I can almost hear the soft chatter of a set being prepped while Mexican acting celebrities like María Félix and Manolita Saval sip on a Coke under the cool shade.

Standing on the highest hill of the coast that surrounds the port of Veracruz (also known as Heroica Veracruz), Hotel Mocambo used to be the most glamorous destination for the high society of the forties and fifties. The decadence and savoir-vivre that defined the hotel then still leaves a nostalgic aftertaste in the air today. It’s a lovely, timeless place to start our trip of fascinating locations. As our Mexican poet José Emilio Pacheco used to say, the origin of any story lies in the journey; so let me introduce you to the iconic state of Veracruz, where a whole new chapter of México’s history began.

After spending the day walking around the pier, I head to the Café de la Parroquia for a quick bite and a café lechero, a traditional stop that I look forward to every time I come to visit the city.

Coffee here is a blend of history and tradition, as it was through Veracruz where many new products from Europe originally entered México. Today the coffee of Veracruz is of a quality that is recognised worldwide.

The friendliness and good spirits with which the city’s dwellers welcome travelers give me the strange feeling of never having left home, yet being on the brink of starting an adventure.

As the oldest, largest and most significant port city in our country, Veracruz has welcomed thousands of migrants from all over the world since it was founded five hundred years ago;  Spanish, French, Italian, Lebanese, Syrian and Roma communities sailed the seas once upon a time and embraced these tropical lands as their new home for generations to come. The extraordinary cultural mélange that emerged from the intertwining of their stories with ours gave Veracruz a fascinating, layered character that draws visitors in like a magnet.

Locations themselves aren’t, after all, empty stages waiting for actors to make a scene; they are living and breathing characters, with personalities and stories of their own, that play a critical role in creating a story’s atmosphere. Take the film Romancing the Stone (Michael Douglas / Kathleen Turner), those thrilling persecution scenes and treasure hunting would lose their charm were it not for the raging rivers and lush landscapes that showcase Colombia’s natural resources. But that’s location magic for you, as the movie was actually filmed near Jalcomulco, a hidden gem that is only two hours away from the city of Veracruz. 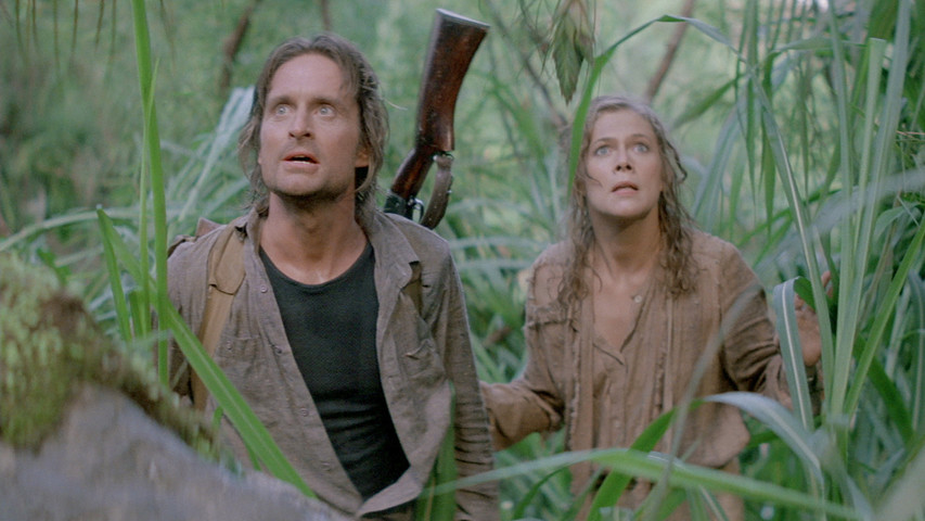 Renowned for its idyllic scenery of steep ravines and gentle hills, Jalcomulco is famous for its whitewater rafting experiences, that have a way of making you feel like there’s still magic in the world.  The town itself is caught between its pre-Hispanic roots and the inevitable pull of globalisation, so that it displays a contrasting brew of dateless traditions and ever changing modern trends. Perhaps that’s the secret to its allure: it feels nostalgic and new at the same time, almost like rewatching a film you remember you loved but whose details you can’t remember. 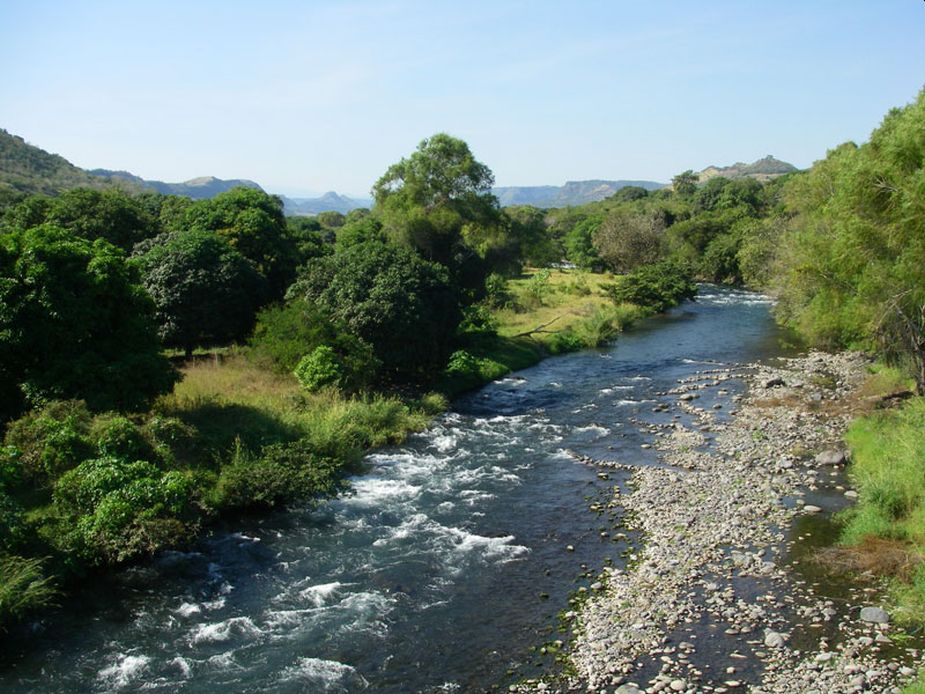 Next I travel to Tlacotalpan, 101km from the port of Veracruz, a town declared in 1998 by UNESCO as Cultural Heritage site of humanity mainly for its architecture, traditions and the history of being the cradle that housed a significant number of Spaniards, where two cultures were mixed: the Mexican and the Spanish.

Tlacotalpan not only hosts fascinating architecture based the Andalusian and Caribbean styles, it also receives thousands of tourists annually seeking a cultural richness in music, dance and poetry.  An example of this is the unmissable festival and celebration of Candelaria, held each year from January 31st to February 2nd, where thousands of people walk the streets, museums and exhibitions. 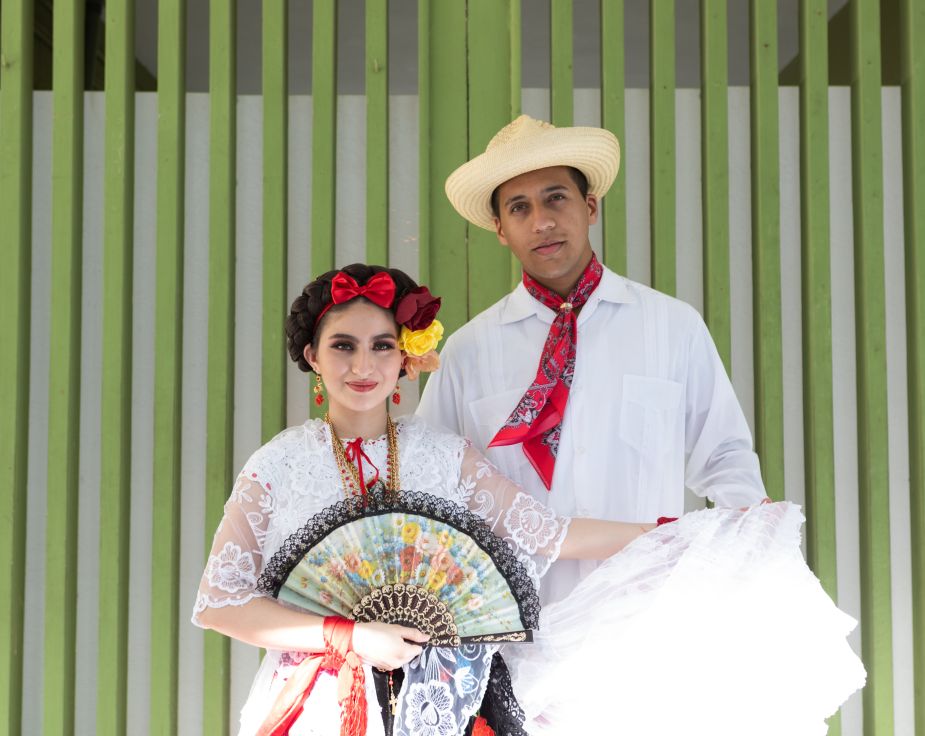 The Agustin Lara House Museum and the Garden of Art Tlacolpeño are two places where tourists can find beautiful pieces of regional artists.

Another proof of the richness left by the mixture of cultures is the famous music style Son Jarocho which represents a fusion of Spanish (Andalusian and Canary Island) and African musical elements, reflecting the population which evolved in the region from Spanish colonial times.  Lyrics include humorous verses and subjects such as love, nature, sailors and cattle breeding, that still reflect life in colonial and 19th century México.

Personally, I have an intimate story with the Port of Veracruz, as that´s where my grandmother arrived on the ship Sinaia, which transported the Spanish exiles to México after the Spanish Civil War. México was the country that opened its doors and gave new opportunities to all of those Spanish exiles. A total of 307 families, 1600 people including my grandmother arrived in México on this ship. By an initiative of president Lázaro Cárdenas, México hosted a total of 20,000 Spanish refugees between 1939 and 1942, and amongst the exiles was a community of intellectuals, professors and professionals who founded several schools and the Economic Culture Fund, a Spanish-language, non-profit publishing group that was dedicated to providing Spanish-language books on humanities, literature and science dissemination to children and young people.

As you can see, within all that México has to offer in terms of culture, traditions and history, Veracruz is an unmissable hotspot and one that’s perfect for film production of every kind. I hope that one day we can introduce you personally to this area.