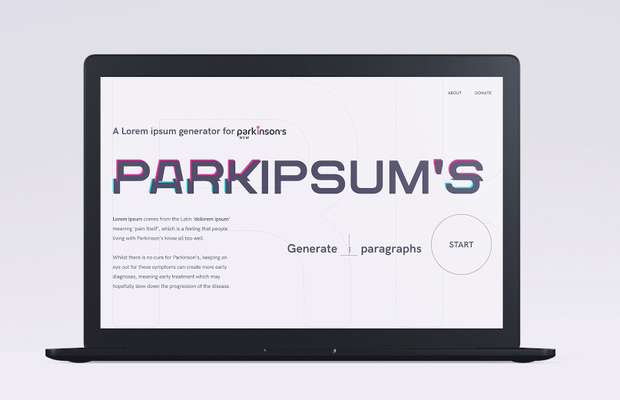 Designers, creatives and web architects; they are just some of the people who see ‘Lorem Ipsum’ daily. Yet many don’t realise it derives from the Latin ‘dolorem ipsum’, roughly translated to ‘pain itself’. Two words that people living with Parkinson's know all too well.

So in recognition of World Parkinson Day and Parkinson’s Awareness Month, Wunderman Thompson Australia and Parkinson’s NSW have created Parkipsum’s – a Lorem Ipsum generator. Launched on World Parkinson’s Day, the tool changes the usual Lorem Ipsum dummy text to a variation that sheds light on the little-known symptoms of Parkinson’s, while also raising the importance of being aware of changes within yourself and others to increase early detection.

It is hoped that this online generator will reach an important younger audience, as many see Parkinson’s as a disease that only affects the elderly, when in fact, there are over 40,000 people under the age of 50 living with Parkinson’s. 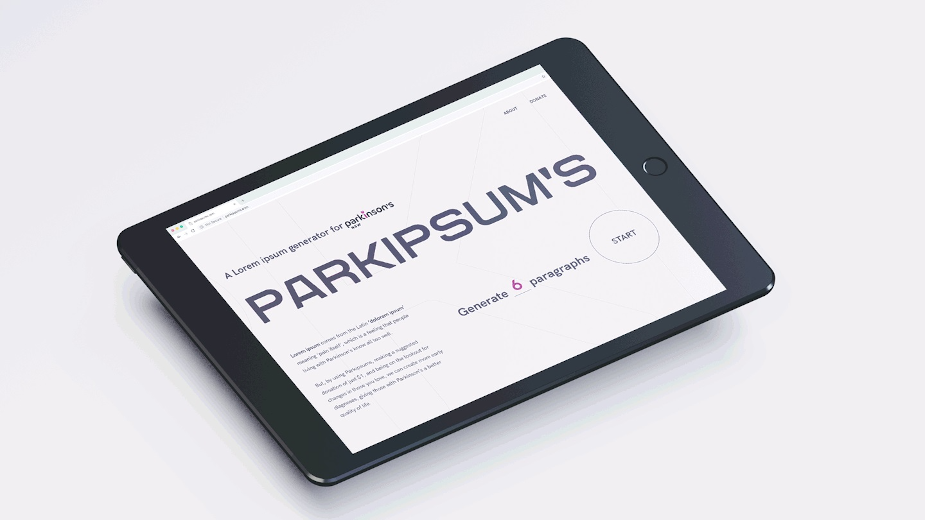 Simon Langley, national chief creative officer at Wunderman Thompson explains: “Other than a tremor, many people don’t know what the symptoms of Parkinson’s are, causing many late diagnoses. And although there is no cure for Parkinson’s, early detection can mean a better quality of life. We hope this is something the creative industry can support and help spread the word on early detection.”

Jo-Anne Reeves, CEO of Parkinson’s NSW said: “Parkinson’s is a complex and misunderstood disease often associated mainly with older people.  That is not the case. Moreover, diagnosis of Parkinson’s is difficult because there is no known cause and it has around 50 symptoms. Building awareness across all age groups and highlighting the lesser-known symptoms of Parkinson’s is important for early diagnosis and treatment – resulting in a better quality of life and less impact on relationships and opportunities for community engagement. Parkipsum’s is an elegant solution to this communications challenge and we are delighted by the creativity and combination of skills offered by Wunderman Thompson.”

Parkinson’s NSW and Wunderman Thompson are seeking creative businesses to implement the Parkipsum’s generator for the month of April, and beyond, in hope to spread the word of these little-known symptoms. The generator can be found on the Parkipsum’s website here.