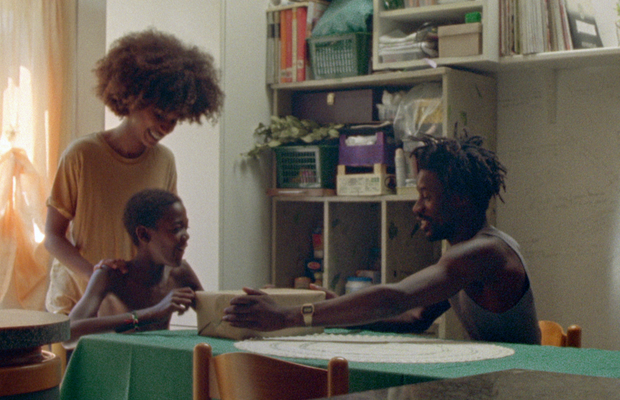 “If you ask anyone from Amsterdam what ‘patta’ means, they’ll point at their sneakers”, says Victor. “It literally means sneaker in Amsterdam street slang, but the word also has an Italian hang to it. So with ‘Ladri di Patta’ I’ve combined Italian neorealism with streetwear aesthetics to tell a story about a boy, his father and a new pair of sneakers.”

The score was composed by Patta affiliated musician Willem de Bruin and producer Morien van der Tang and is a re-imagination of the melancholic soundtrack of the original film.

Lee Stuart, Patta brand director said: “Obviously, the Covid-19 pandemic prevents us from throwing a big party, but this short film enables us to at least take a moment to celebrate the success of one year Patta Milano.”

Guillaume Schmidt, Patta co-founder added: “Covid-19 was inescapable, but we were here before and we will be here, after. The same counts for the things we are proud of. We are proud to be able to do what we do in Milan. Our voice will be heard and presence will be felt.”

Assistant to the director: David Eilander