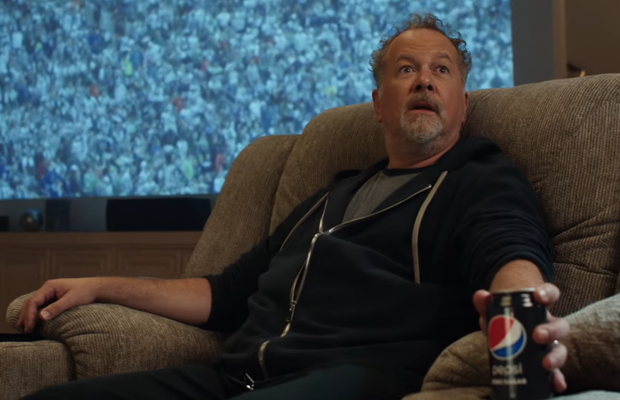 Though the world may be calling, so is football. This year, Pepsi is giving the 'okay' to all football watchers to choose their love of the game above all else, and fans agree. According to Nielsen, 2020 football fans were as devoted as ever, tuning into NFL games at more than three times the rate of other primetime programs. Pepsi is celebrating these loyal watchers with its ‘Made for Football Watching’ campaign designed to inspire fans and gear them up (literally) for a season of hours upon hours of prime unapologetic NFL binge watching. Along with the return of national TV spots celebrating the football watcher, this year’s program debuts with ‘Football Is Calling,’ new digital content featuring Billions star and Breaking Bad alum David Costabile, alongside a new program that gives fans a chance to score NFLShop.com merch and exclusive game-changing prizes – all to take their watch parties and football marathons to the next level.

“Sundays are very special days for NFL fans, as the football watching experience at home has become a somewhat sacred experience for many,” said Todd Kaplan, VP of marketing – Pepsi. “Now that fall schedules are beginning to fill up, we felt it was important to remind everyone to unapologetically prioritise their football watching time – even if it comes at the expense of social or household obligations. No matter where you find yourself this season, we’re encouraging fans to celebrate their love of countless hours of football…and to do so with a Pepsi in hand, decked out in their favourite team gear.”

'Football Is Calling' - Taking a Stand (to Sit Down)

Pepsi is unveiling a brand-new digital spot called ‘Football Is Calling’ with actor and football watcher, David Costabile, to remind fans of the importance of their football Sunday watching rituals. Inspired by some of the most iconic speeches in sports film history, David’s character delivers a championship-worthy rallying cry to some faltering football watchers trying to bail on their gameday gathering to attend other social activities like brunch and shopping. “But there are six other days of the week you can go out. Days such as Tuesday. And Wednesday. But not today. Today is for football.” David’s character passionately declares to the group.

Gear Up for Game Day

Through an epic new partnership with NFLShop.com, Pepsi is gearing up fans by giving away over $1 million of NFL gear and prizes through October. Fans who scan the code* on specially marked Pepsi bottles or packs can score points and use them in two ways – redeem them on NFLShop.com for gear across 32 NFL teams to show-off in front of friends, family and rivals, or use points to enter weekly sweepstakes for a chance to score one-of-a-kind prizes including a trip for two to Los Angeles to attend Super Bowl LVI and watch the Pepsi Super Bowl LVI Halftime Show, an Unapologetic Fan Cave Makeover, a watch party with an NFL Legend and more.

QR codes* will be on specially marked Pepsi, Diet Pepsi and Pepsi Zero Sugar products in 12oz, 20oz and 12pk/15pk/24pk/36pk, or Pepsi and Diet Pepsi in 15pk minis for a limited time only up to ten weeks while supplies last.**