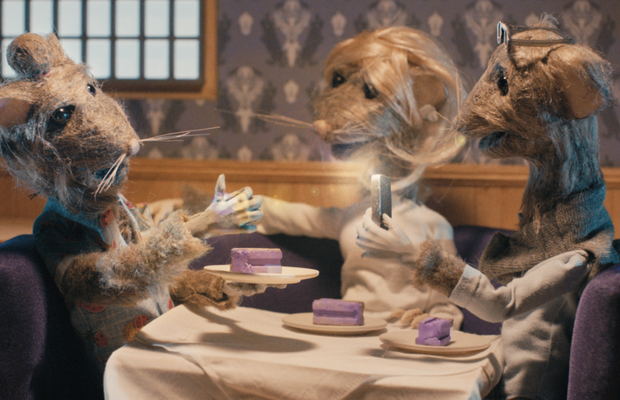 Tomcat has unveiled a new campaign to promote the launch of its newest and tastiest bait product, ‘Tomcat Advanced Formula.’

Tomcat Advanced introduces a tastier bait to the Tomcat product line, with the same mouse-killing power that consumers expect from the brand.

The fun and quirky thirty-second spot advertises a restaurant for mice with a tasty menu item, the new purple bait bites, inspired by how restaurants advertise their food. Set to a catchy jingle, the film shows animated mice dining out on Tomcat’s 'purple tasty bite' with deadly consequences.

'Tomcat's Bistro' is directed by Anthony Farquhar-Smith of Not to Scale Production Company, known for his ability to bring inanimate objects to life and to give them personality and feeling.

This is part of an integrated campaign, created by Tomcat’s agency of record VaynerMedia, with media placements across Facebook, Instagram and over-the-top media services. In addition to the thirty-second spot, there will be a fifteen-second cutdown.

Production: Not to Scale, London