Campaign from Howatson+Company gets Aussies to turn dreams into reality 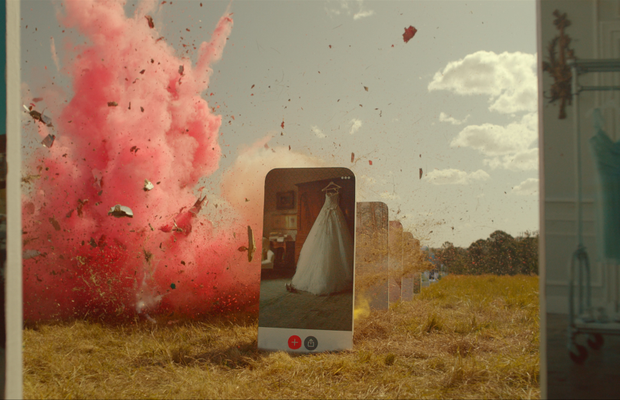 Fintech lender Plenti has partnered with Howatson+Company to launch Destroy Your Dreams, a new campaign that aims to inspire Australians to stop putting their big ideas on hold and instead make them real.

Destroy Your Dreams nods to the fact that more Australians than ever are using ‘inspiration boards’ on social media sites including Pinterest and Instagram, to plan their dreams. From home renovations and green upgrades to weddings and cars, many of these dreams have remained just that, living inside boards and not brought to life.

Plenti CEO Daniel Foggo said: “We’re excited to be launching a major brand campaign and customer competition that highlights how Plenti can help people achieve their dreams. Since our founding, Plenti has grown to become Australia's largest consumer fintech lender - and our new campaign is reflective of the Plenti brand, and who we are as a business. It highlights just how exciting it is to bring people's big ideas to life as we continue to build Australia's best lender."

Plenti head of marketing Samantha Saunders said: “Plenti is the biggest fintech lender in the country: we were founded seven years ago and we're an established business, but our brand is young and still relatively new to the consumer marketplace. We needed a cut-through brand campaign that would resonate with our affluent customer base. As a modern lender, with modern customers, we were prepared to take risks with the creative, so long as the work reflected who we are and where we’re going.”

Howatson+Company ECD Gavin Chimes said: “We all have that Pinterest board that’s gathering digital dust. A dream reno, the perfect wedding. This campaign is about shaking people out of their complacency and inspiring them to take action. And by creating it, we got to fulfil one of our very own dreams, blowing stuff up in an ad.”

This is the first work Howatson+Company has launched for Plenti, since coming on board in June. In addition to the hero film, Plenti has released a suite of product films, social assets and are facilitating a Destroy Your Dreams consumer promo.