Presence’s founder, Danny Fleet, speaks to LBB about the launch of the new sustainability channel and why now is the time to take climate action 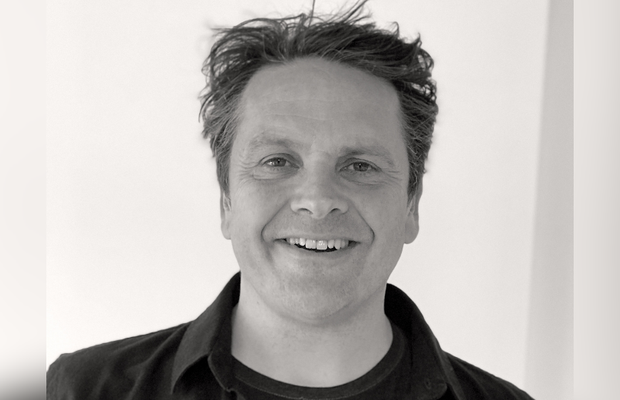 If necessity is the mother of invention, then the last 12 months have presented the need for invention in a twofold manner. Firstly, the pandemic swept through the world, grinding an industry reliant on movement and travel to a halt. Secondly, the conversations around climate, sustainability, and the future at large became impossible to ignore. Now, production company Presence is partnering with LBB to support a brand-new Sustainability Channel, with the aim of creating more conversations around green practices and knowledge sharing.

Founder Danny Fleet’s interest in sustainability came long before the existence of Presence. Back in 2005, before YouTube, Danny found himself interested in the evolution of video on the web. He was also in the process of buying an electric car when an idea to document the experience and put it online sparked, making him one of the very first vloggers in the UK. “I got really hooked on the sustainability thing; I was interested in electric vehicles and what was happening with clean transport,” he notes. That initial passion buoyed Danny to start using electric and hybrid vehicles at work too, seeing it as the path of the future.

The initial production break brought on by the pandemic was the push that the industry needed. “From a production company perspective, producers and directors are incredibly resourceful. Every project brings a new set of challenges to solve. We have to reinvent our methods all the time. Add sustainability to that and it becomes an exciting and worthwhile  part of the challenge to pursue.”

Danny is delighted to see so many companies in the advertising space start to take sustainability seriously, especially big names like Unilever and Nestlé, both of whom have signed up to Adgreen’s levy. He’s hoping it will inspire more giants to soon follow suit. For smaller companies and those in the production space there’s flexibility to begin adapting new and greener working practices. Danny says: “As a production company we have a lot of buying power. The scope three emissions - the indirect consequences of doing business - can have a profound effect on the choices we make. So from a small business perspective, we can adjust really quickly.”

Presence has fully embraced the change in ways of working. This month Danny is shooting in France, Italy, New York, and London - all fully remote. “We’re not flying anyone. Instead, we’re using homegrown, local talent.” He sees the switch to local and remote as a fantastic opportunity to nurture more talent and give more creatives an opportunity to do projects they would otherwise not have had. “I’m hoping to use more UK-based directors because they’re brilliant. I want to be flying fewer directors in and I will be encouraging more clients to use local directors and crews. British directors in Britain; French directors in France; Italians in Italy. It’s an indirect benefit for those creatives that we don’t really talk about.”

Danny is frank about some of the sacrifices that will need to be made in order to pursue goals like net zero. He says: “At some point we will have to pay a green premium for certain things to do them properly, which is tricky as costs and budgets are driven down all the time. Part of the challenge for production and producing work in different territories is thinking about how we can do things in a cost-effective way and with minimal CO2 emissions.”

When it comes to the waste generated by on-set production, Danny would like people to consider it alongside the bigger picture. “People get hinged on one or two of the things they think are key, like single use plastic. Whereas if you look at all the emissions from your production, there's lots of areas, such as travel, that have much more dramatic effects on your CO2 output.”

Presence now routinely creates carbon budgets for their shoots, just like ad budgets. “Instead of pounds and dollars, I’m now looking at CO2 and comparing different options. It’s a good one for sustainable visibility from the outset as it affects your approach to production and what the creative will be.”

Danny is particularly excited by the work Adgreen is doing and the free tools they’re giving the industry. “It’s really important that the journey to greener practices is made as easy as possible. People should be able to quickly compare different methods, see the emissions for each proposed decision. Having the tools available when you’re budgeting and quoting is really helpful too. That’s why the Adgreen levy is fantastic because it provides a free and effective tool that helps companies quickly adopt low carbon methods of production.” He likewise praises the work of Green The Bid for providing the industry with resources and working frameworks to draw on for more sustainable production practices.

The outlook for the future of greener production and the industry at large adopting more sustainable practices is a positive one for Danny. “I’m really keen to adopt new practices and share the results of that. There’s a lot of ingenuity and innovation going on in this space. I’m hoping that this channel will bring all of that together as it really feels like we’re at the start of something.”

LBB’s CEO Matt Cooper says: “I am super pleased that Presence is working with LBB to create the Sustainability Channel. Let’s be honest, it hasn’t been the greatest news over the last year or two. The world has seen some quite horrible disruptions politically and from a health perspective. But, there is nothing more joyous than the planet we live on and its future. So, personally, I see this as a great opportunity to discuss a very relevant topic. Working out how to do production and advertising well, in a clean and correct way, is just about as important as it comes – I can’t wait to see the great content that’ll stem from this channel with Danny and Presence.”

Ultimately, Danny notes that conversations around sustainability “shouldn’t feel special.” Instead “it should be routine to consider sustainability as a factor in production and have it become part of the DNA of how things are done from here on out.”