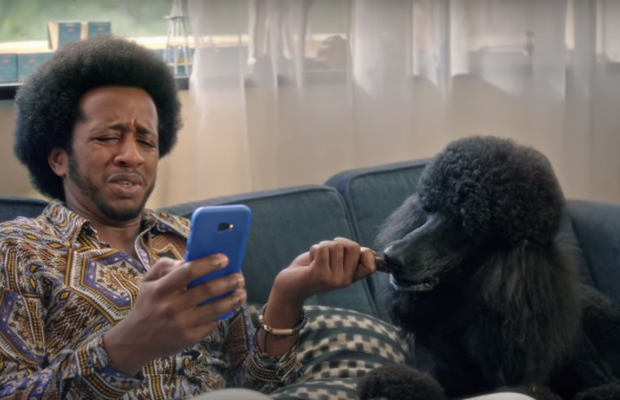 It’s the battle of the big South African chicken brands this week as both Nando’s and Chicken Licken release their own comedic campaigns on the same day. And, as serendipity would have it, both campaigns tackle the country’s unique social, cultural and racial context with a deft sense of wit.
Creative agency M&C Saatchi Abel has taken a stand against lazy stereotypes lobbed between the various communities in the country with a wry campaign with the provocative title #YouPeople. The spot sees various characters take offence at a certain cliché levied against them… and hypocritically revealing their own unconscious biases.
Speaking in The South African, Nando’s CMO Doug Place explains the journey that the brand has been on to reach a place where it can tackle potentially prickly topics.
“A year ago we reminded South Africans that we can fix our shit and this ‘you peopling’ is something we can all fix. If you’re watching our ad and say, “I’ve done that” (hopefully with a guilty smile), then we’ve been successful at starting a crucial conversation – hopefully one that starts with ‘us people’,” says Doug.
Tonally, the ad manages to avoid lecturing it’s audiences by playing with characters’ hypocrisy and depicting people from all sorts of backgrounds ‘othering’ various communities. The whole piece hangs together with a lightness and humour thanks to smart direction from Darling’s Chloe Coetsee.
And to show that the brand isn’t content to simply deal in platitudes, the ad also references a shocking racist rant that went viral in the country this year. A white South African man called Adam Catzavelos shared a video of himself on a beach, declaring the place ‘heaven on earth’ as there were no black people there. The local audience have been quick to spot the reference to the video in the ad, which features what many online are referring to as a ‘black Adam Catzavelos’. The brand positions itself as ‘South Africa’s voice of the people’, explains M&C Saatchi Abel Chief Creative Officer Neo Mashigo, and so it strives to tune into the topics that local people are talking and thinking about.
The spot follows another deliciously spiky Nando’s ad which took aim at the recent Afrofuturist trend. exemplified by the Marvel hit Black Panther. Neo Mashigo says that the problem with this popular pan-African fusion approach is that it tends to erase diverse culture rather than to acknowledge it and encourage a more meaningful form of unity. The campaign shows Nando’s taking its own stand, talking about the thorny realities of life in the country.
“There was a lot of Afrofusion and Afrofuturism in how Africa has been portrayed in the media and in advertising. And this was even before Black Panther!  In an ad you’ll talk about ‘our’ culture, but when you see the person in the ad, you can’t identify what culture this person is from,” says Neo [you can read more from Neo’s 5 Minutes With… interview here]. “Anyway, it takes away from your actual culture and creates a combination of various things, that becomes meaningless. Nando’s took a point of view and said, ‘is this how we want to talk to people now?’ So we created ads that said, ‘ we are real people and this is how we are’.”
The Nando’s spot launched on November 26th, the same day as Chicken Licken’s Legend of Big John, a campaign of cinematic scale that follows a 17th century South African explorer who decides to colonise Holland. That campaign was created by agency Joe Public United and directed by Grant De Sousa – you can read more about how they made the film and why they decided to satirize colonialism and, indeed, South Africa’s history.
Credits
Brand: Nando’s
Chief marketing officer, Africa, Middle East, South Asia: Doug Place
GM, brand & strategy IMEA: Su-lise Tessendorf
Advertising & media manager southern Africa: Jake Johnstone
Agency: M&C Saatchi Abel
CCO & creative partner: Neo Mashigo
Copywriter: Bella Evans
Art director: Lubabalo Lubhi Mtati
Business director: Nadine Govender
Head of broadcast production: Bronwyn Henry
Production company: Darling
Director: Chloe Coetsee
Executive producers: Lorraine Smit, Melina McDonald
Producer: Mmameyi Mapule Mphahlele
Production manager: Zuko Nqoro
AD: Shelia Hall
DOP: Devin Toselli
Production art director: Lauren Wilensky
Post production: The Upstairs Ludus
Editor: Mark Ash
Music composition: Garrick Jones, Freq’ncy Audio/ Freq’ncy Music
Final mix: Sean Williams, Sterling Sound