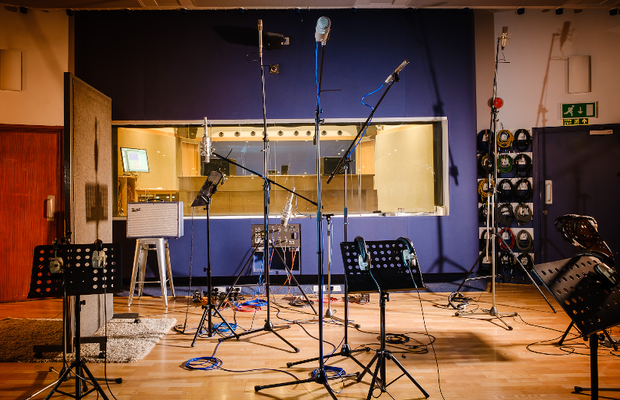 Air Edel, the all-encompassing agency and music services company with offices in London and Los Angeles, is this year celebrating their 50th anniversary. Founded in 1970 by Herman Edel and Sir George Martin, Air-Edel has evolved from an advertising music and jingles production house to an all-encompassing agency and music services company across all forms of media, offering composers, music supervisors and other music personnel for productions, as well as a publishing catalogue, record labels and recording studios. Their rosters’ work can be seen and heard throughout a wide array of productions, including film, television, advertising, video games, theatre, dance, and concerts.

Air-Edel are able to offer everything from bespoke composition, music production and editing, recording facilities, and full music supervision for all forms of media, and have extensive music history and copyright knowledge which can be utilised across productions, from initial ideas and research to licensing, from on-set music co-ordination to score production. Their experience ranges from micro-budget productions and short films to Hollywood blockbusters and their involvement can span from conception to post and everything in between. They also continue to be prominent within commercial advertising, with recent work on high profile campaigns for clients including Yamaha, McDonalds, ECover, Mumm Champagne and many more.

The Air-Edel Recording Studios have an illustrious and rich history, beginning in 1937 as Star Sound, which was used to record literally thousands of recordings for both the BBC and Radio Luxembourg, and then from 1971 as Audio International, recording artists such as Tom Jones, Pink Floyd, Sheena Easton, The Drifters, Gilbert O’Sullivan and Harry Nilsson. Many treasures remain from this period, including Neumann U47s, AKG C12s, vintage Coles, three fully operational EMT reverb plates as well as Neve and Urei outboard.

Since 1991, when Air-Edel took residence, the studio has recorded and mixed hundreds of Film and TV film scores including Gosford Park, Pride and Prejudice, Thor, Mr. Turner and Murder on the Orient Express, and continued to host many talented artists, including Emile Sande, Ellie Goulding, Michael Kiwanuka, Nick Cave and Mark Ronson.

To celebrate their half-Centenary, they’ve collated a playlist featuring some musical highlights from across the company’s Fifty-year history.

And the Disco playlist highlights some of the Air Edel composers experienced in composing for advertising productions.