Radio LBB: Behind the Mind of a Sync Creative

Sound designer, musician and composer Daniel Olaifa takes us behind the mind of a sync creative 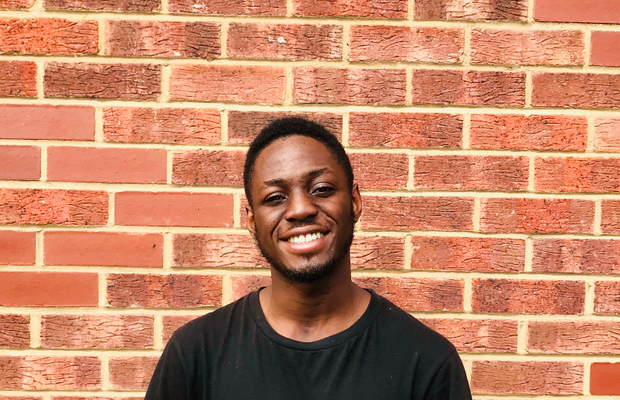 Collaborating on a variety of projects, Daniel Olaifa's musicianship has always been a dependable asset. Experienced gained from numerous roles has contributed to his ability as a creative. At the moment, he is building a varied client base from theatre production companies to renowned creative music agencies, contributing in any dimension required. Most recently, he established an exclusive music creative outlet specialising in all forms of the record production process including songwriting, production, mixing and mastering.
"I’m still in awe that the basic ingredients of my role involve listening to and delivering music for our clients. It’s such a dream. Much has been enjoyed, discovered and learnt. This time around I thought I’d dissect some of the experiences that have led me here", said Olaifa.
The ad/music video/game/web platform that made me want to get into the industry…
My mind runs wild thinking of everything that has fuelled my desire to get into the industry. Even though I only discovered synchronisation last year, a solidifying moment happened during my youth. I was and still am a keen multi-instrumentalist; my favourite instrument is the alto saxophone if we’re being exact. I recall my first performance with a jazz quartet as something that affirmed my creative ambitions. It’s not an advert or music video, but from that moment it became apparent that creativity could be rewarded. It became real for me.
My first professional project…
Before entering the beautiful world of sync, you’d either know me as a Musician, Sound Designer or Composer. My first professional project involved working as a Sound Designer for a theatrical production called, ‘The Wright Brothers’. I created all the assets and worked the sound desk during the showcase. I was extremely pleased - it all worked out well and the show was sold-out over it’s two day run at The Albany in South London.
The piece of work (ad/music video/ platform…) that made me so angry that I vowed to never make anything like…
To ridicule a piece of work is a dangerous ask, they might read this! However, to reframe, I’d say whilst as creatives we have a responsibility to produce works of excellence, we are also imperfect humans. Beyond works which may incite anger in my soul, I think there’s something to learn from every project whether a success or failure!
The most recent project I am involved in that excites me the most..
Whilst I’m not in the position to reveal all, I can say that we’re currently preparing something special here at Concord. It involves a crossover between the arts, a wondrous selection of music from our different catalogs and contributions from local creatives. It’s truly going to be amazing - to hear more, stay tuned!

Igor Stravinsky and his Influence on Hollywood Composers

The Power of the Live Show

Connecting Through 'Distance' by YEBBA

The Art Of Routine

The Power Of Music