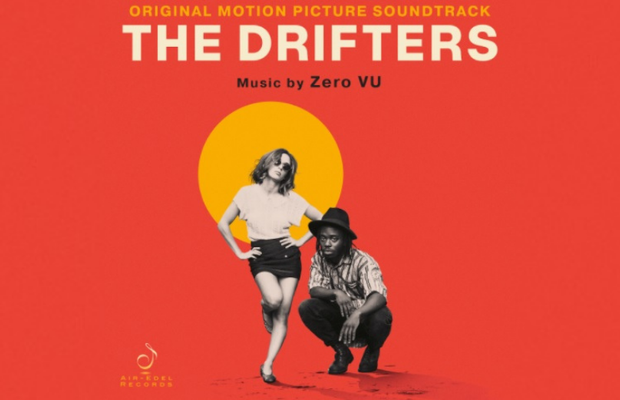 Zero VU, represented and released by Air-Edel Records, composed the original motion picture soundtrack for ‘The Drifters’, written and directed by Ben Bond, on 9th April 2021. The album is available across all major digital platforms including Apple Music, Amazon, Spotify, Tidal, and Deezer. Starring Lucie Bourdeu (En Famille, Tout ce Qui Brill) and rising UK star Jonathan Ajayi (Noughts & Crosses, Wonder Woman 1984), ‘The Drifters’ is a love story about identity and place in a post-Brexit United Kingdom. Koffee, an African migrant, and Fanny, a French waitress, are two lost souls who attempt to find home in one another and escape the labels that inevitably leave them homeless.

The first thing that we noticed about The Drifters is how it looks – the prime colours and composition of shots is captivating. We wanted to try and make the music jump out in the same way.

Early in the process Ben Bond, the director, mentioned that he’d like the score to feel like sketches. He used jazz as a reference. Not necessarily for harmonic influence but for using improvisation as a starting point on cues.

As a consequence of this, the building blocks for nearly all the cues are recordings of the three of us playing live together, to the picture, using prewritten chord charts. We are also accompanied by the drummer / percussionist Henry Appleby on much of the score.

Sometimes, but not always, we added additional material to these live sketches.

Hopefully, this has done justice to the film, which is both a charming love story and, we think, an eloquent love letter to the invaluable gift of freedom of movement.