Zalva, the water brand from Bavaria AB InBev, along with MullenLowe SSP3, presents a collection of bedtime storybooks that wants to educate boys and girls about the real monsters that haunt the paramo 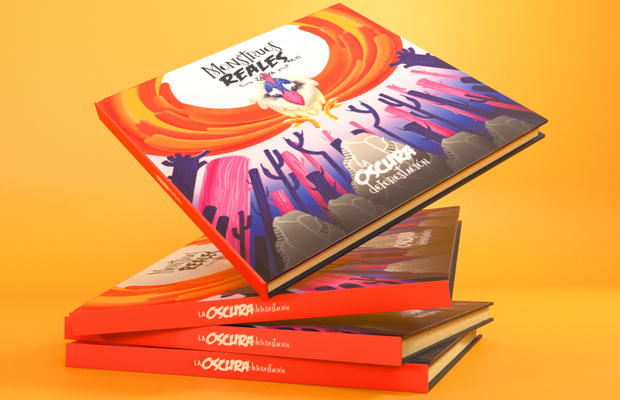 Paramos, ecosystems that develop above Andean forests, are the main water source in Colombia, a country that owns half the paramos in the world, but which unfortunately are in danger and are vulnerable because of 'monsters' that do not care about the wellbeing of the environment.

Agua Zalva, the brand that carries in its DNA the protection of every meter of Colombian paramos, has launched a collection of horror bedtime storybooks where “Real Monsters” attack these ecosystems.

Deforestation, poaching, global warming are only some of the main problems that are turned into monsters through the stories written by Kyara Ortega and illustrated by Eddy Marquez, Edna Waldron, Marcela Vasquez and Rony Saavedra,.

In each of these children’s books, the story of a monster that haunts the paramo is told in a very instructive and innovative way. Zalva looks to visualise the problems that are risking one of the most important water reserves in South America.

“Promoting the education of future generations in such important themes around the environment is one of the things that I agree with and move me most. Animals and nature save us on a daily basis, and it’s now our turn to return the favour to the planet. This is why I consider that from reading children stories we can generate a change in new generations, teaching them about real issues to look for creative solutions”.  Says Kyara Ortega, who along with the brand created the stories about the reality of the paramo.

“At Agua Zalva we want to contribute to generate change with initiatives that promote a positive impact in communities, mainly among the children of Colombia. Because they have an open mind and are aware of the future of the planet. Zalva is here with the purpose of taking care of the environment, specifically Colombian paramos. We protect one square meter of Andean paramo with each water bottle sold. This is why it is important for us to show children that monsters are real, but it’s in their hands to battle against them”. Assured Juan Alonso Torres, Marketing Director for Non-Alcoholic beverages in AB In-Bev – Bavaria.

This storybook collection won’t be available for sale as there will only be a limited edition that will be donated to libraries, reading networks, and independent bookstores so that more people can have access for free. But, additionally, in Agua Zalva’s Spotify profile the stories will be narrated for everyone to listen to

Furthermore, the brand invites readers to go to www.aguazalva.co to enjoy these stories and help spread environmental awareness.

This is only the first of many initiatives that the brand will have to reach children and help create awareness around the preservation of the environment; specifically, our paramos.