Run Around an Italy Reborn in C41's Fashion Forward Campaign

C41 bought the campaign to life during lockdown with director Leone 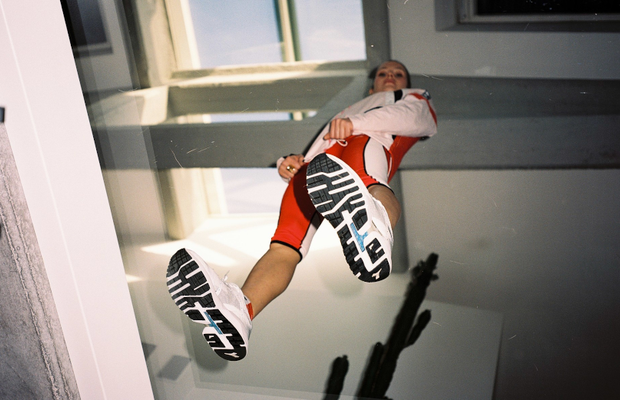 ‘Run Italy Run’ is a call to action. This project, developed during lockdown, is finally ready for release and C41 is inviting Italy to run as a synonym of rebirth and positivity.

‘Run Italy Run’ is a project produced by C41 under the creative direction of L+L (Leone Balduzzi and Luca A. Caizzi) and directed by Leone. It is a true story about running, passion and dedication, born from the idea to show this activity under a different light. The act of running is often portrayed from a highly competitive angle or as a sport that generally takes place in an urban context. C41 decided to take a step back and find people of different ages, interests and personalities who run for pure passion, highlighting the community aspect behind this pastime. C41 also wanted to highlight the many peripheral areas where people run, to separate running from its reputation as a big city sport. The result is an editorial piece on C41 magazine that opens with words from Naomi Accardi.

The casting saw a recruitment drive aimed at discovering people with different stories to tell, all linked to running. People who you will find in Milan but come from elsewhere. Leone is originally from San Salvo, Abruzzo. He has lived in Milan for 20 years; he is an advertising director and photographer. He is an all- round creative, editor of C41 Magazine and partner at K48. He goes running several times a week and tries never to run less than 8km per session. He is a creature of habit, always taking the same route so that he can focus on his goals. Leone not only directs this film, at times autobiographical, he also stars in it. Allison Fullin is from Jesolo, her mother is from Cuba, but she was born in Treviso. Allison moved to Milan some years ago where she now works as a fashion stylist and personal image consultant. When she was younger, Allison did athletics and competitive high jump; she usually runs at the end of the day, if she’s not too tired from work, and uses it as a way to release stress and negative thoughts. Marta Matilde Favilli, also known as ‘Martilde’, is 28 years old. She is from Mestre but has lived in Milan for eight years and is a young entrepreneur working in the world of food: her mission is to bring Venetian tramezzini to Milan. She danced for many years but learned to appreciate running as a way to let off steam. She always runs alone, preferably outdoors so that she can concentrate on the beauty of nature and the environment around her.

As well as speaking through these diverse personalities, ‘Run Italy Run’ communicates through its soundtrack, produced in collaboration with MassiveMusic. The heterogenous nature of these stories is conveyed through a musical process that evolves, changes, and accompanies the narrative in its entirety. Luca A. Caizzi’s photography is another fundamental part of the story. His documentary style is able to immortalise different contexts by framing reality in portraits, or instants of truth.

The title of this story, this tale of lives linked by a passion for running, is also intended to be a motivational and innate message. ‘Run Italy Run’ is a call to movement, a call to keep pushing forward without ever looking back. It is a concept and a story that, given the historical period that we have just come through, wants to inspire people to start running again and looking forward to a positive future. Run for yourself, achieve your goals under your own steam. Run because you need to, run because you can, run to move on.