Developed by Wunderman Thompson Peru, the campaign aims to seek awareness of fairer salaries to bridge the gender wage gap 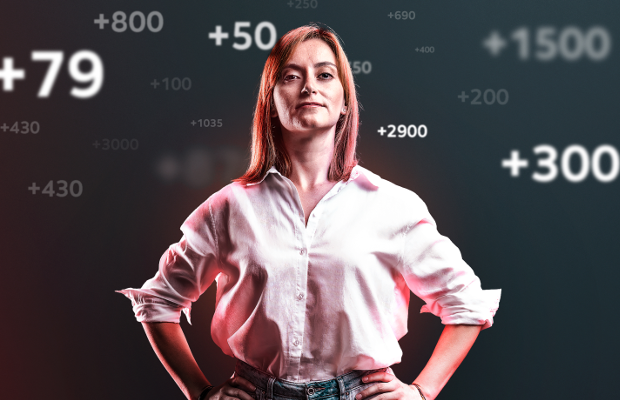 As Peru has one of the highest rates of the gender wage gap in Latin America (29.6%), Scotiabank, one of the largest banks in Peru, made a public commitment to change this. With the help of Wunderman Thompson Peru, and on the occasion of International Women’s Day, Scotiabank surprised all its female clients who opened a Payroll Account on March 9th with an equal salary, generating an immediate buzz.

Each female client received an additional 29.6% salary, equivalent to the gender wage gap in the country, with the bank's currency, Scotia Points, bonus points that can be used as real money to purchase or redeem on products and experiences. To determine this additional salary, the bank developed an algorithm comparing female client salaries with a man’s, considering variables such as age, occupation, education and geographic location.

Scotiabank’s Gender Equality drive is not new and knowing the company cannot face this problem by itself, in March 2019, in alliance with other organisations like PWC (PriceWaterhouse Coopers), Aequales, El Comercio and Wunderman Thompson, it launched the first edition of the ‘Egalitarian Prize', an initiative that recognises companies for innovative practices that contribute to the reduction of the gender wage gap. More than 62 companies have participated in this initiative, including PEPSICO, LATAM Airlines, Western Union, Procter & Gamble, Telefonica, Laboratoria, among many others. On March 12th, the best practices for gender equality will be recognised in an awards ceremony, looking to inspire more companies to commit on closing the gender wage gap in the country. 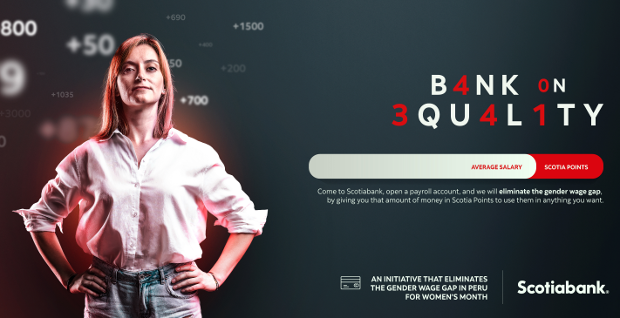 “Scotiabank is the third largest bank in Peru. It’s referred to as ‘The Peoples’ Bank’ – the bank that fights for everyone. We knew we had to play an active role in raising awareness on the gender wage gap, since fair income is an important tool to empower women. International Women’s Month is the catalyst for this, and we’re just getting started,” said Daniel Bonner, global chief creative officer, Wunderman Thompson.

Ignacio Quintanilla, vice president of retail banking of Scotiabank Peru, said: “At Scotiabank we have been committed to Equality for many years, and this year, apart from the Egalitarian Prize, we have launched this initiative on our Payroll Account for International Women's Month that seeks to reduce the gender wage gap in Peru.”