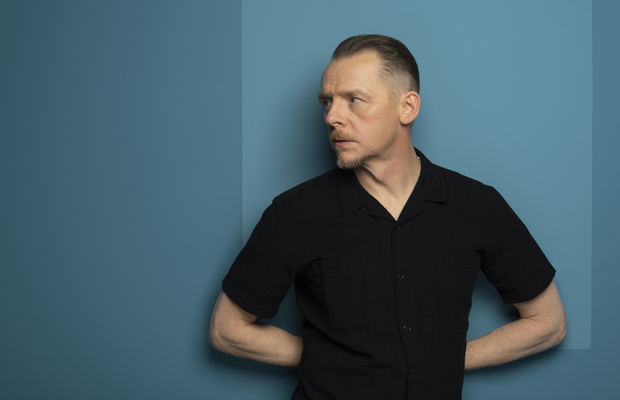 To celebrate, Simon will be taking to the stage to discuss creativity and writing with Uncommon Founder Nils Leonard at the UK Creative Festival.

Simon rose to prominence as co-creator of the cult television show 'Spaced'. After two ground-breaking seasons, he moved on to develop and co-write, with Edgar Wright, the critically praised feature 'Shaun of the Dead', starring as the eponymous hero, Shaun. The film has since been voted one of the Best British Comedies ever made by many, including Empire Magazine and Channel 4.

After conquering zombies, award ceremonies and the rest of the world, Simon and Edgar reprised their debut movie success with the smash-hit follow-up features, ‘Hot Fuzz’ and the third and final film in the ‘Three Flavours Cornetto Trilogy’, ‘The Worlds End’.

In addition to his roles in Star Wars, Star Trek, and the Mission Impossible franchise, Simon’s recent roles include the much talked about cameo in Amazon Studio’s adaptation of popular comic-book series The Boys and the voice of The Chamberlain in Netflix’s ‘The Dark Crystal: Age Of Resistance’. Simon also starred alongside Juno Temple in Katharine O’Brien’s intimate look at the devastating impact of mental illness in ‘Lost Transmissions’. He has just wrapped the next instalment of Mission Impossible and completed shooting The Undeclared War for Channel 4 alongside Mark Rylance.

“Simon is one of our leading creative British talents, responsible for some of the most iconic and loved moments from TV and Film over the last 20-years. The breadth of his storytelling vision is truly extraordinary. As Simon takes steps into directing, we’re thrilled (and a little giddy) that we’ll be on this journey alongside him.”  RSA global MD, Kai Hsiung

‘I’m really excited to be joining the RSA family and embarking on this new phase of my career. Excited by all the possibilities.’ Simon Pegg