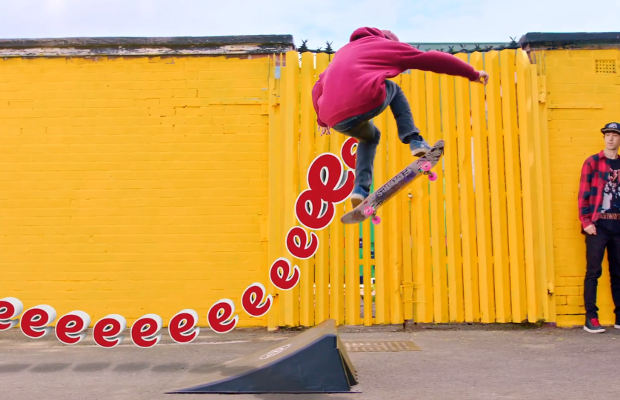 The iconic British malt loaf brand, Soreen, has launched a new national brand campaign, which aims to drive awareness of the brand’s tasty energy and strong nutritional credentials
The ‘Deliciously Squidgy Adventures’ campaign positions Soreen as a source of energy and is aimed at a wide variety of ages.
“Whether you’re gearing yourself up for a bike ride, swim or simply a walk in the park, we hope that this campaign will showcase that Soreen is the perfect snack for a deliciously squidgy adventure, whatever your age,” said Bethan Brown, marketing director at Soreen.
The advert features Soreen’s Lunchbox Loaves, Loaf Bars, Buttered Slices and the Original Malt Loaf variants. All have gained wide appeal due to their healthier credentials, being lower in fat and sugar than the average whilst still being deliciously satisfying and great fuel for active lifestyles.
The campaign launched with digital media including YouTube pre-roll ads and VoD, with a hero spot in Made in Chelsea reaching 300,000 viewers. There were also high impact OOH sites including digital screens at London Euston and Manchester Arndale, plus large format posters on London underground platforms, digital screens along tube escalators, and advertising on the sides of buses.
The announcement of this campaign follows the launch of Soreen’s new Banana Loaf Bars this month, which are vegan approved, come in at just 135 calories and contain 32% less sugar and 58% less fat than the average snack bar, making for the ideal on-the-go snack.
The Malt Loaf brand also launched their new Seeds & More Loaf earlier this year in a bid to grow the morning goods category through premiumization. The loaf is filled with cranberries, pumpkin seeds and sunflower seeds to create a deliciously squidgy loaf with a tasty crunch. It’s not only a source of protein and fibre but is also low in saturated fat and lower in sugar than standard cake.