Julie was previously senior composer at the company 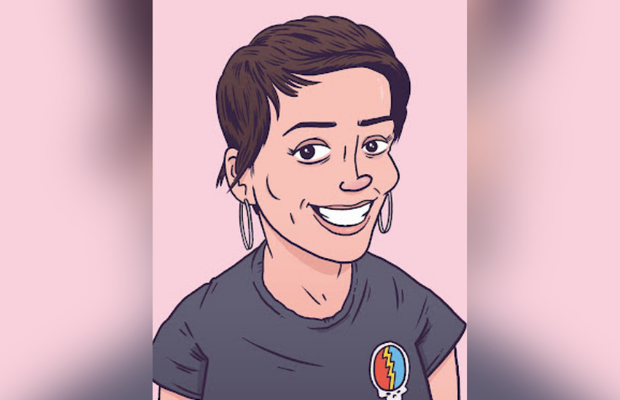 Global creative audio network Squeak E. Clean Studios has promoted Julie B. Nichols to creative director after two years as a senior composer with the company. A renowned Chicago based composer, songwriter, music director and producer, she has over a decade of experience composing across commercials, film, live theater and her band Chicago Soul Spectacular. Nichols' musical style combines soul, cinematic, instrumental and R&B music, and she has composed spots for top brands including Coke’s 2020 Super Bowl campaign, Nintendo, Campbells, Walmart, Spotify and Beats By Dre. Nichols is on the board of Chicago’s Women in Music chapter, where she helps organize events and panels to connect the women of Chicago’s music scene. Nichols was on the 2021 jury for both the Clio and Music and Sound Awards in 2021. Her music arrangement on the Netflix 2020 end of year campaign won a Bronze Lion at Cannes 2021.

Notes Squeak E. Clean Studios executive creative producer Chris Clark: “She’s an exceptional composer and collaborator who digs into every musical style with vigor, often unlocking the magic in a brief. Watching her work with musicians, vocalists and clients alike is equally impressive as her enthusiasm and work ethic are often unmatched in my experience creating music for advertising.”

Adds Nichols: “I’m thrilled to be moving into this role at Squeak E Clean. The people here are beyond talented and committed to creating music and sound to help tell memorable stories in innovative ways. I believe strongly in collaboration and can’t wait to work with these awesome people to unleash our shared creativity.”

A fixture in Chicago’s indie and soul scene, Julie also took her talents to the world renowned stage at The Second City Theater in Chicago where she was music director for many years sharing  the stage with notable performers such as Jeff Tweedy, Paul Simon and Tom Hanks.

Nichols has performed at The Kennedy Center, The Chicago Symphony Center, The Ahmanson Theater and Boom Chicago in Amsterdam. She has also appeared live with Phish and Live From Here with Chris Thile and Mike Elizondo. During her career, her musical scores have premiered at festivals including Discover Film Festival in London, Sundance Film Festival and Slamdance.

The Work That Made Me: Max Taylor

Meet Your Makers: Michael Gross on What It Means to Be a Good Producer