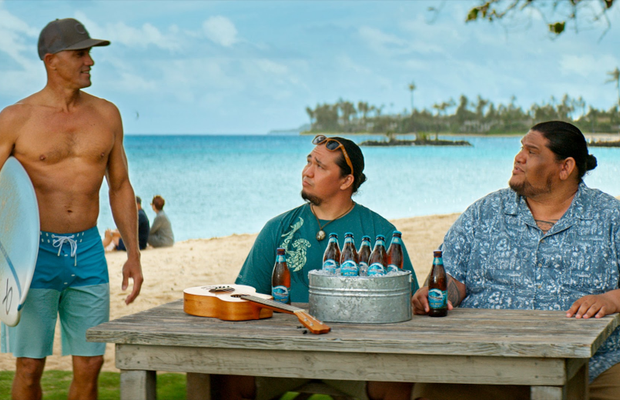 The 2021 campaign represents the largest investment in new creative and media spend in the brand’s history – a 66 percent increase in spend relative to its 2019 national March Madness campaign. The three new TV spots feature playful banter between Slater and Kona’s laid-back ‘bruddahs’ sharing their sage island wisdom with us and providing solutions to everyday problems, while encouraging mainlanders everywhere to have better balance in our lives. Duncan Channon, Kona’s creative agency of record since the ‘Dear Mainland’ campaign launched in 2014, developed this new work with the brand’s first celebrity endorsement.

“The ‘Dear Mainland’ campaign has been an unqualified success for Kona, so we were apprehensive about messing with a winning formula,” said Parker Channon, creative director for the campaign, Duncan Channon. “But with surfing in the games for the first time and the chance to work with arguably the greatest surfer ever, we couldn’t resist. It certainly didn’t hurt that Kelly spends most of his time on the islands and, despite all his high-performance heroics, is a seriously low-key dude.”

The new creative featuring Slater will appear in rotation with three Kona TV spots that launched in April – Bullpen Phone, Sunday Scaries and Bars. The campaign will appear in more than 25+ DMAs across broadcast TV, digital, paid social and radio. All new spots tested significantly above the beer norms per Ace Matrix, including above average ratings when it comes to purchase intent.

“The ‘Dear Mainland’ campaign is a playful and memorable expression of the values shared by Kona Brewing Co. and our fans,” said Cindy Wang, senior director of brand marketing, Kona Brewing Co. “That’s why we’re expanding our investment with fresh creative and new talent around relevant cultural moments in time – both baseball and on-premise safely reopening and surfing joining the Summer Games for the first time. We see tremendous potential for the new work and 11-Time World Champion Surfer Kelly Slater to help attract new beer drinkers to enjoy Kona on the beach, or after a long day.”

In tandem with the new Kelly Slater creative, Kona Brewing Co. will be launching a Big Waves for the World program running summer 2021. Traveling from Washington to Southern California, a noted surfer will surf down the West Coast to bring awareness to and help promote the importance of ocean conversation. The surfer will lead ongoing beach cleanups at each surfing spot to showcase the importance of ocean conservation, and a $50,000 donation will be made to our partner Save the Waves Coalition, whose mission is to protect surf ecosystems across the globe to further conservation efforts and keep our beaches clean for all to enjoy - aquatic life included.