'Bounce', made with Pulse Films and Framestore, both in Los Angeles, was also awarded Best of Discipline in Advertising 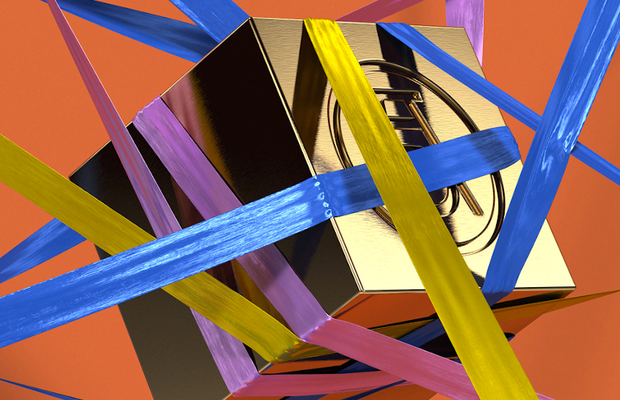 TBWA\Media Arts Lab Los Angeles was a big winner on the final day of the week-long online ADC 99th Annual Awards, taking home the coveted best-of-show ADC Black Cube for 'Bounce' on behalf of Apple and Agency of the Year honours.

'Bounce' was made with the help of Pulse Films and Framestore - both in Los Angeles - and was awarded Best of Discipline in Advertising. This year’s Special Awards top honours, based upon cumulative ADC Cubes and Merits won across all disciplines, are:

- Boutique Agency of the Year (up to 50 employees) - SIX Inc. Tokyo

- Boutique Design Studio of the Year (up to 20 employees) - SHA Inc. Tokyo

- Network of the Year - TBWA Worldwide

- Client of the Year - Apple Cupertino

Best of Discipline in Integrated was won by McCannNew York for Microsoft 'Changing The Game'. The work also received the ADC Designism Cube for the entry that best encourages positive societal and political change.

In Brand/Communication Design, the Best of Discipline went to Scholz & Friends Berlin for 'The Tampon Book: a book against tax discrimination' on behalf of The Female Company. The work won five Gold Cubes on the day and seven Gold overall on the week.

FCB/SIX Toronto picked up Best of Discipline in Interactive for 'Go Back To Africa' on behalf of Black & Abroad.

“The ADC Annual Awards is a rare entity, able to apply an unrivalled legacy for recognising excellence in craft to today’s latest innovative work in design,” said Kevin Swanepoel, CEO, The One Club. “This year’s winners will inspire the creative community at a time when we all need it, and we’re thrilled to set the stage for an historic centennial celebration with next year’s ADC 100th Annual Awards.”

On this final day of the week-long ADC 99th Annual Awards, 72andSunny picked up five Gold Cubes: three by the Los Angeles office for Tinder 'Swipe Night' and two by New York for Halo Top 'Ice Cream for Adults'.

Winners in all disciplines have been announced each day throughout this week, accompanied by daily Instagram Live conversations between ADC 99th jury members and the creatives behind the biggest winning works. Gold winners for the four disciplines announced on the final day of the ADC 99th Annual Awards are as follows. Click here for a complete list of this year’s winners.

The ADC 99th Annual Awards is part of The One Club for Creativity, the world’s leading nonprofit organisation supporting and celebrating the global creative community. The One Club awards shows each have their distinct focus. ADC Annual Awards juries maintain their historic concentration as the champion for craft, design and innovation, while The One Show judges focus on creativity of ideas and quality of execution.

In place of annual in-person Creative Week programming in NYC, The One Club worked with more than 60 top global creative leaders to produce a month of entertaining and engaging original content designed to inform and inspire the global creative community.  Sessions will stream at three set times each day and are viewable at any time later from the Creative Month archive.