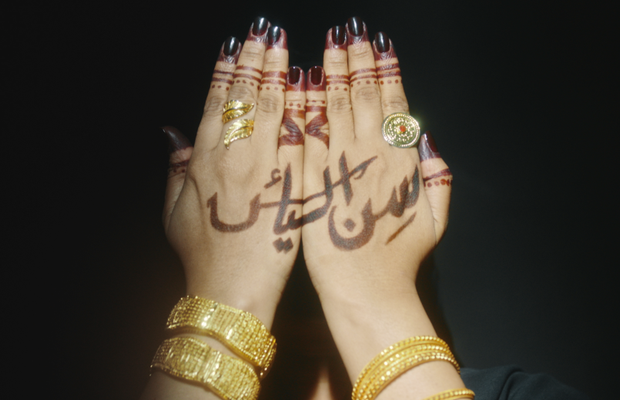 TENA, the worldwide leader in incontinence products, has launched a campaign in the Middle East to challenge the misconception that menopause marks the onset of an ‘Age of Despair’ – the name for ‘menopause’ in Arabic –and raise confidence in women aged 45+.

In response to this year’s International Women’s Day theme, #ChooseToChallenge, the new campaign created by AMV and Impact BBDO calls on Arab women to challenge the ‘Age of Despair’ and replace ‘despair’ with their own words which truly reflect this stage of a woman’s life.

The campaign follows an in-depth survey that gathered data from 600 Saudi women aged 40+ and revealed that over 81% of women in Saudi Arabia believe that the phrase Age of Despair needs to be changed and updated. 82% of women would prefer to use a new and more positive phrase in its place. With 36% of women surveyed experiencing urinary incontinence during menopause, TENA is committed to supporting and empowering women of the region to live their lives unimpeded by the condition.

The music-led campaign launches with the track ‘Despair No More’, originally composed for the campaign and sung by Arabic singer songwriter Ghalia, in partnership with Anghami Studios. The single will be released on Anghami, the leading music streaming platform in MENA, in a brand-first use of its new Radio Live feature.

The music video for the track features a diverse array of older women creating their own age-positive definitions, using skills from their vocations and passions. In developing the film, TENA worked with real Arab women to portray the achievements truthfully, sourcing an all-women crew that included the cast, the creative team, the director, the singer, and all production partners. The audience can learn more about the women’s stories at the end of the music video, which links through to a mini content series.

A social media blitz across Twitter, Instagram, Facebook and YouTube invites women to share their own suggestions of how they’d redefine ‘Age of Despair’ more positively, using #DespairNoMore. TENA will announce the winning replacement phrase on their social media channels in the coming weeks.

Sarah Berro, associate creative director, Impact BBDO, says: “Words matter. They shape how we see the world and how we see ourselves. By changing the Age of Despair, we’ll end the stigma of menopause for ourselves, our mothers and our daughters.”

Stamatios Mantzaris, global communications manager, TENA, says: “As the global leader in incontinence products, TENA felt it important to spearhead a campaign that drives greater age confidence and empower women to break down the stigmas associated with incontinence. We’re looking forward to seeing this new campaign drive positive change in the Middle East market as part of our global TENA Women “I will be me” platform”.

Sarah Douglas, CEO, AMV BBDO, says “The pioneering creativity at the heart of our global AMV/Essity partnership breaks important new ground for older women in the Middle East today, challenging the damaging perceptions of the menopause. TENA is an extraordinary brand partner with profound purpose, not afraid to challenge painful stigma and champion change on behalf of both men and women globally, and we’re incredibly proud to have created this powerful innovative work for them in collaboration with our friends at Impact BBDO.”

Behind the Work: Designing a Socially Distanced Prayer Mat

Behind the Work: How Etisalat and Impact BBDO Created an Autism-Friendly Way to Browse the Internet