FOUND AT SEA director Damien on a love for off the wall scripts, working with like minded producers and combining creativity and strategy 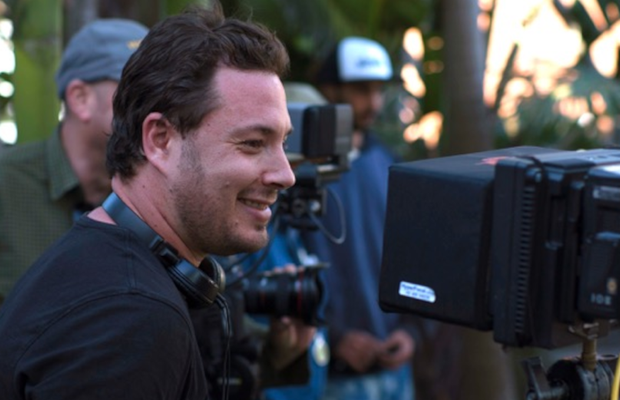 Damien is an ADG award winning director, writer and creative of film, television and commercials/content, specialising in comedy.

In the advertising space Damien has delivered work for brands such as Domain, SEEK, O’Brien, Brickworks, NRL, Telstra, Commbank, Mountain Dew, Canon, Herman Miller and CarsGuide, and a TVC for “The Pitch” on ABC1’s Gruen. He has worked with a variety of production companies, agencies and brands, sometimes solely as a director or creative, at other times as a hybrid creative/director, and depending on the gig  can facilitate production and/or post production via his outfit Duo Films. For five years Damien was the Lead Creative and Director at Sydney based Engine Room Productions, which saw three Mumbrella Awards nominations for Production Company of the Year

In the film and television space his short film, Lowering Awareness, won the 2017 Australian Directors’ Guild Award for Best Direction of an Online Comedy Project, was selected to be on the front page of Funny or Die and screened at the LA Comedy Festival. Previously Damien has made TV pilot Town Centre, short films Finding Oprah Winfrey and Aussie Idol and comedy reality series MTV Style Me, nominated for two ASTRA awards. He also directed Splendour in the Grass music documentary The Other Stage. Damien’s first shorts The Gardener and Someone to Love were multi-award winning. He has had several projects in development, including a comedy web series, Reunion, co-created with writer Wendy Hanna, and a scripted television series (dramedy) set in 1980s Sydney, Talent Quest.

Damien is also a budding academic with an interest in nostalgia, and recently completed a Master of Arts (Media & Communications) at the University of New England. His dissertation: Taking the Temperature of Now: Recent Fictional Nostalgic Television Series of the United States: This is Us, Stranger Things and The Marvelous Mrs. Maisel.

Repped by/in: FREELANCE, WITH A SPECIAL RELATIONSHIP WITH FOUND AT SEA

Damien> For me a distinctive script is one in which creative and brand messaging has synergy. I know this isn't a sexy answer but the best scripts for me do this. I also love scripts that are different from the pack – there seems to be a lot of homogenised advertising out there right now - ads that play with format and time, take risks and try to find a unique brand voice. Branded content sometimes gives you more of this than a traditional spot.

I like off the wall, surreal, pithy, tongue in cheek scripts, preferably with a central comedy performance that allows the use of good talent. I like scripts that are about making heroes of the average person or elevating domestic life into dream world or fantasy. Anything nostalgic or centred around popular culture is welcome also.

Damien> My approach to treatments is to have a clear central idea and to make it personal without thinking too much about what needs to be in there. Treatments are an opportunity to show storytelling chops so I like to give a sense of journey as well. My approach also depends on whether it's going to a brand or an agency - for the former I would talk much more about how the work communicates the messaging, for an agency it's more about craft and execution. Imagery and references are also crucial – there’s never enough time for this!

Damien> I'm a strong advocate of doing your homework. From the client I like to get as much info as possible beyond the brief. I do a lot of market research, including looking at previous work of the client, the work of competitors and other work in the category. I always ask further questions if I feel there are gaps in knowledge. I have worked as a creative and dabbled in strategy, so I like to use this side of my brain.

Damien> There are many important relationships, but for me the most important is the producer. I love working with creative producers. Obviously, we need to get each other – I’m not great with micromanagers or panic merchants. When it works, we're partners, and both creative forces. Having an aligned producer makes the process smooth and reassures the client that they have a strong, capable team.

Damien> In the advertising world I am primarily drawn to comedy. I also like emotive, dream like pieces that blur the lines between documentary and fiction. The comedy love goes back to childhood, the doco fiction was a trait of my first successful short film. It would be interesting to merge these in future work.

Damien> The biggest misconception I encounter about my work is that my skillset cannot translate to big budget production. So much of this industry is about being in the right place at the right time. With the last ten years for me being about building a family (three kids), I haven't had the luxury to sacrifice everything to pigeonhole myself as a big ad director - I've had to make money to support my family, which means a lot of the time playing in the mid-budget, branded content space.

Damien> I was once on a job where the talent realised the morning of the shoot that she couldn't do the role due to a conflict with a previous ad. It was a one-day shoot with several comedy talent talking around a table. We managed to replace her that morning, shoot everybody else's close ups while the replacement talent got to set and learned her lines, then we shot her close up and finished with the wide shots. It was completely crazy - and the replacement talent did so well, she had a ton of dialogue to learn.

Damien> I have had some experience as a creative/CD, so I know how to jump between the brains of client, agency and director and still find a route for the idea to stay intact.

Damien> It's a no brainer - but I stress this needs to be actual inclusion, not tokenism or white patriarchal jumping on the bandwagon. I come from a strange hybrid cultural background myself. I get the need to see yourself on screen, and by your industry.

Damien> I haven't done it yet, but I can see myself remote directing soon. The pandemic has clarified what can remain virtual, and what needs to be in person - and how many of these things do not need to be meetings.

A new approach to habits the pandemic has taught me is that less is more - sometimes you achieve more by giving yourself less time. I now give myself tasks in smaller chunks and accumulate them to finish work.

Damien> Pretty much every pitch now involves consideration of how it will play out across multiple channels. It’s very possible to think this way – you just need to be malleable.

Damien> I'm pretty old-school in that I gravitate towards in-camera imagery and performance. I have had the opportunity (for a nostalgic television series I'm developing) to do some research into virtual production using tools such as Unreal Engine and can see how this will present incredible opportunities moving forward.

Damien> The following pieces are comedy examples. There's a lot of non-comedy stuff of mine that I love too.

The branded series I completed for Brickworks and Domain are good examples of my skill for pithy comedy that communicates a brand's message, while working with premium talent.

The commercial for Foxtel and Telstra shows my love for finding the hero in the ordinary - in this case through character and performance.

The documentary for Telstra and NRL is also about finding my love for the hero in the ordinary - this time through a creative approach to format that uses elements of comedy, scripted and doco.

More from FOUND AT SEA

Who the FAS is Found At Sea?