This is the agency’s first work for Presto after winning a pitch in August of 2019, and the brand’s first campaign in 15 years 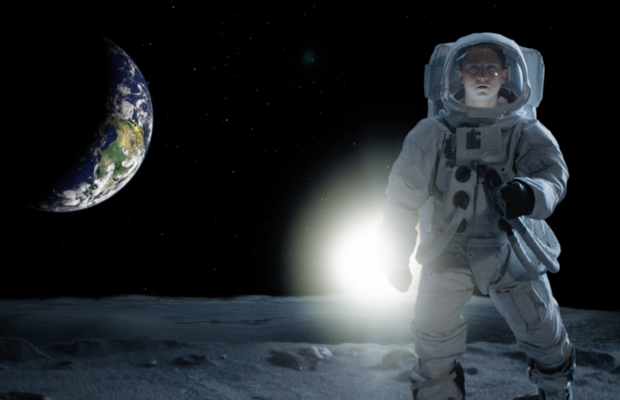 The Distillery Project (TDP) has created advertising campaigns for two national Presto Industries products. Spots for the innovative StufflerTM Stuffed Waffle Maker and the DorothyTM Rapid Cold Brewer launch this week and run through the holiday season. This is the agency’s first work for Presto, after winning a pitch in August of 2019, and the brand’s first campaign in 15 years.
The work will run nationally on YouTube and programmatic ad networks. For each product, TDP created videos in 30-, 15-, and six-second executions. Other campaign components include digital display ads, a Facebook carousel ad, static ads for Facebook and Instagram, and a Facebook instant experience.
With its theme of American ingenuity, the Stuffler spot opens on the last event of tremendous significance - a man walking on the moon - before shifting to the latest innovation in waffle making: a unit that allows ingredients to be baked directly inside the waffle. Historically, retail waffle makers have undergone little alteration and have traditionally functioned with only minor changes to their design and usage. The spot shows people devouring stuffed waffles containing sweet and savoury fillings such as cheese, chicken, chocolate and fruit.
For Dorothy, TDP pokes fun at the AI trend while also lauding tech innovations. As a young man approaches the machine, he nearly trips over a Roomba-type vacuum, while voice-assisted tech has enabled his light fixture to chat him up. In an age where people can have conversations with their lamps, a narrator asks: “Isn’t it about time making cold brew was fast and easy?”
The Dorothy whips up the man’s cold brew quietly in minutes. “Turn off the lights,” he instructs the lamp as he leaves the kitchen, but she’s feeling somewhat sentient. “Say my name,” is her reply.
Cold brew is a fast-growing coffee trend built on a slow-cooking solution: setting coffee grounds over water for a day. With Dorothy, Presto offers something different - electronic cold brew - the first agitation process that decreases brewing time to 10 minutes, eliminates noise and increases product usability and efficiency.
Presto is the maker of several small counter appliances, such as the FryDaddy and the Pizzazz Pizza Oven. The company was drawn to TDP because the agency demonstrated a unique ability to create engaging content while communicating product features and benefits.
“We proposed the new tagline ‘It’s kinda like magic’ as more than just a bit of wordplay off the company name,” explained John Condon, TDP’s chief creative officer. “It was a way to capture the spirit of innovation being applied to products that are central to everyday life.”