Dedicated MEA jury put 12 projects on shortlist, with four finalists proceeding to the final round of global judging 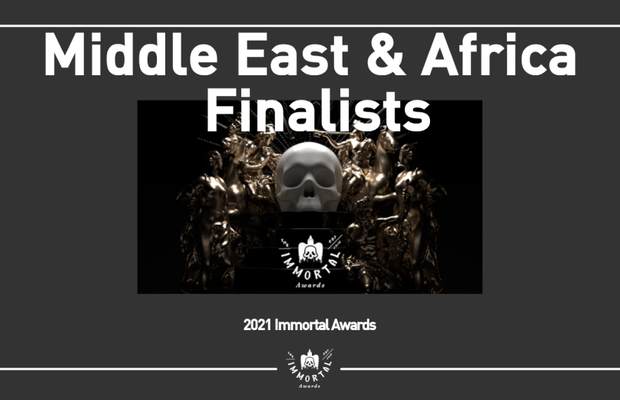 The Immortal Awards has today unveiled the shortlist and finalists from the Middle East and Africa, following a virtual round of judging on Tuesday 19th October, hosted in partnership with global partners Nice Shoes.

The Immortal Awards, hosted by Little Black Book and free to enter for all of the platform’s members, successfully introduced regional judging last year and is now introducing local rounds for 2021.

In total, the 12 highest scoring projects from across the first round of MEA judging made this year’s shortlist. These 12 projects were then debated by a regional jury in a virtual round of discussions to determine which projects, if any, should receive finalist status. Four MEA entries have been selected as finalists and have qualified for the final, global round of judging.

This final round of judging will take place on Thursday 18th November, in which all regional finalists will compete for an Immortal Award or Commendation status.