As a 19-year-old watching his beloved Indiana Pacers play basketball, it was a commercial that truly caught the attention of Jay Mattingly, account director at David&Goliath... 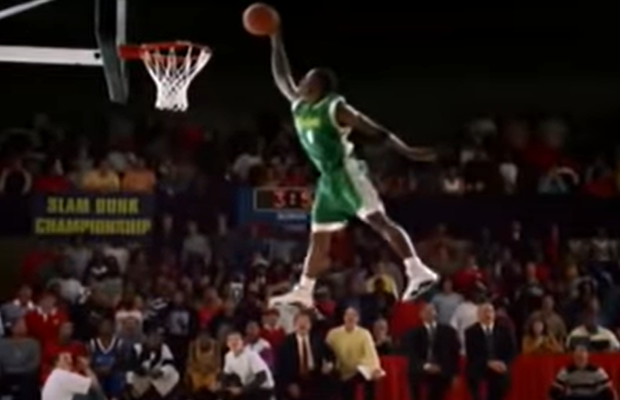 I was 19 years old when I realised I had to get into advertising.
I’ll never forget where I was, either. Sitting at home, alone, watching basketball. The game wasn’t all that memorable - a late February snoozer between my beloved Indiana Pacers and another team I can’t recall. The matchup didn’t matter. What did was the spot I saw during the first break after halftime.
A low piano chord rang out, grabbing my attention. The sound was accompanied by a striking visual of a young player dribbling a basketball on some nondescript court. As quickly as the scene appeared, it flashed to another, showing another player driving past his opponent, tongue wagging with self-assurance. The montage flipped through more clips as the piano chords built slowly but powerfully, showing the action in slow motion so as to spotlight the majestic grace inherent to my favourite sport.
As the spot progressed, I felt a twinge of something in the back of my mind. I had never seen any of these people before, but something about what they were doing seemed... familiar in a way I couldn't articulate. I had seen this all before, but I couldn’t place any of the faces.
Halfway through the spot, a cymbal crashed as another player glided through the air for a dunk from the free throw line, and suddenly I realised what had been nagging at my subconscious: I had seen all of these moments before from the world’s greatest player, Michael Jordan.
Of course, this was Nike.
The music continued to build as the spot showed more iconic recreations of Jordan’s greatest moments: a leap into the air after making ‘The Shot’ against the Cleveland Cavaliers, and at its climax, ‘The Last Shot’, a bucket that finished off the Utah Jazz in 1998 and won Jordan his sixth and final title. Only then, 52 seconds into a one-minute spot, did Jordan actually appear with a nod of approval to the young unknown emulating him.
I remember pausing the TV recording - remember TiVo? - and sitting on my couch in awe. Up to that point in my life, commercials had made me laugh, made me think, and made me want to learn more. But never in my life had a TV commercial created such a nostalgic impact that I felt it in my soul.
The ad moved me not because I’m a fan of Jordan. It moved me because it showed me the power of evoking my formative memories. MJ’s mark on the game was so indelible that someone could remove him from his own career highlights, and a viewer would still know exactly who it was. They would likely also remember where they were when they experienced the moment for the first time.
The piece was created meticulously, too. After airing, someone posted a YouTube video showing a side-by-side of Jordan’s original highlights against the scenes from the spot. In many cases, the only noticeable difference was that Jordan himself wasn’t in the recreations.
It’s hard to predict the things that will take hold of us and capture our imagination. For me, the mix of grace, power, athleticism, sound, and nostalgia unlocked a part of my brain I’m not sure I knew existed. I felt like what I’d witnessed wasn’t advertising, it was art. It didn’t convince me to buy, it reminded me to believe. And in that moment, a 19-year-old kid from the Midwest realised that at its best, advertising has the power to shift hearts and minds, and make a dent in culture.
The team at Wieden+Kennedy and the director, Brian Beletic, created something truly magical. I’ve spent an entire career trying to replicate that moment and would like to believe that I’ve induced that same feeling in others. Far too often, we forget the opportunity in front of us while we focus on deliverables, aspect ratios, messaging points, and time sheets. And yes, at the end of the day, our job is to sell products. But every once in a while, it’s nice to know that we have the ability to leave someone somewhere in awe through the power of our storytelling. And to some degree, isn’t that what all this is about?
Jay Mattingly is an account director at David&Goliath