The Only Way is Up for Down Syndrome in Powerful Campaign

Wunderman Thompson Colombia and Colombian Down Syndrome Corporation launched the film to portray the condition in a new, more positive light 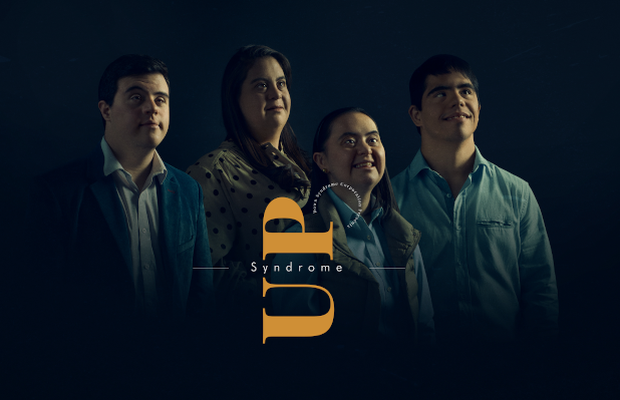 Up Syndrome is a groundbreaking initiative from Colombia aiming to instill a change in the way people with - what was previously called - Down Syndrome are viewed. It was given its original name from the British doctor John Langdon Down, the first person to describe this genetic alteration. It is by pure coincidence that his surname is Down, conjuring up negative images as it does.

The Down Syndrome Corporation's campaign is the first to change the common social perception of the condition. Far from being debilitating, this initiative shows the many things those with 'Up syndrome' can achieve. This is the meaning of 'rising up'. Those featured in the campaign are members of the corporation who share with us their great life achievements, showing us exactly why they should be recognised as 'Up'.

Before the campaign formally began, four teasers of the daily work of corporation members were released, and the full launch took place on March 21st, World Down Syndrome Day, where a short film of couples, those awaiting childbirth and others, were asked for their thoughts on how they would feel if their children were born with the condition.

The teams generated content to completely overhaul the physical and digital properties of the corporation, sending out a clear message to the world, and the campaign has now sought out more people to donate to the cause to help members of the corporation to stay ‘Up’ at the website.

Wunderman Thompson Colombia chief creative officer, Daniel Payan, says: “In addition to being very proud of how we developed the campaign, for us the most important thing is to have a real impact. We're working very hard every day to empower this small change and get even more resonance. Looking ahead, we're excited to see what happens if the campaign becomes a global movement, even more in these times where humanity needs encouraging news and positive thoughts.”

“The skills and talents displayed by Daniel, Tatiana, Juan José, Lisa and all the other people with this condition are far removed from being ‘Down’. The only condition these successful young people have is Up Syndrome and with the help of all we can maintain the ‘rising up’ of more people like them', commented Claudia Hernández, programme coordinator of youths and adults at Down Syndrome Corporation.

Luz García de Galindo, general director of the Down Syndrome Corporation of Colombia, says: “Although those who have this chromosome alteration have common features, they are completely distinct individuals, as we all are. This is why the most important thing is to treat them completely normally, and to include them. At the corporation we are with them from the very beginning of their lives, providing programmes such as initiation and orientation services for families, early childhood support, support during school years, educational assistance, and development towards adulthood.”

Advertiser: Down Syndrome Corporation of Colombia