The Show Must Go On: Ballet Dancer Shines in PRETTYBIRD and Lucky Generals Amazon Christmas Spot 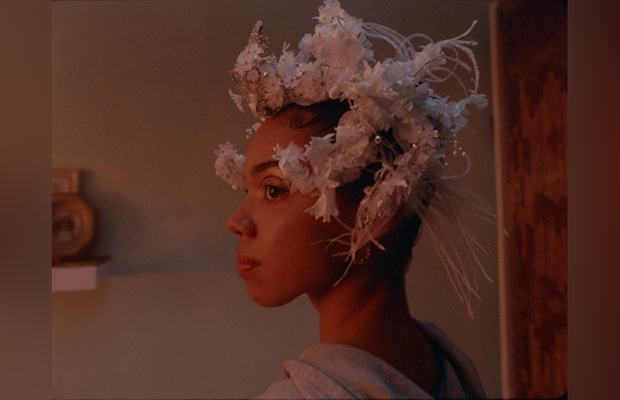 Award-winning director Melina Matsoukas gives French Ballerina Taïs Vinolo the spotlight in an uplifting Christmas campaign for Amazon.  The timely ad demonstrates the determination of a highly trained dancer in the face of the Covid-19 pandemic, and sends a message of hope for the arts whilst capturing the community spirit which is guiding the world through this crisis.

Amazon’s global Christmas TV ad campaign follows a talented young ballet dancer as she prepares for the role of a lifetime. This being 2020, things don’t go to plan, but with the support of friends and family, and her own tenacity and optimism, she delivers a spectacular performance for her awestruck neighbours.  Amazon’s 2020 Christmas campaign launched on TV on the 2nd November with the 60 second advert. The full 120 second advert will air today, 3 November, during the first ad break of The Great British Bake Off on Channel 4.

Simon Morris, VP global creative at Amazon, said: “Our TV ad is inspired by, and pays tribute to, the unbeatable human spirit and the power of community that we have witnessed so often this year.”

The TV advert, created by Lucky Generals for Amazon, shot on 35mm film by Cinematographer Rina Yang and presented in 3:2, the format of 35mm SLR imagery, is helmed by French ballet dancer, Taïs Vinolo, in the starring role after a global casting search by Kharmel Cochrane. The Production design was created by Jahmin Assa (mid 90’s and Seberg).

We follow her powerful story as her dreams of dancing a lead role are jeopardised due to the Covid-19 crisis. As her ballet school closes, she continues to train regardless, in and around her neighbourhood. However, later in the year, her hopes are dashed, as the end of year performance is cancelled. Devastated, she loses hope. However, her sister and the community around her secretly pull together to give her a stage and an audience after all, in an emotional finale.

The film features custom costumes designed and created specifically by Matthew Joseph and Ed Marler, and was edited by Andrew Morrow  (Black is King).

PRETTYBIRD UK co-founder and executive producer Juliette Larthe commented: “The set was fully inclusive, and the crew matched the cast in terms of representation, which was very important to fulfil for comfort and performances required by the on screen talent. The commercial production also had the client agree to pay for the trainees to attend and learn on the shoot. PRETTYBIRD worked with Lucky Generals and Amazon to include five trainees, three of whom came from ELAM the Arts and Film Academy in East London.”

Taïs Vinolo, ballerina and star of the Amazon Christmas 2020 advert, said: “When I was growing up in the French countryside, there were no young black girls studying ballet with hair like mine, or even on TV, meaning I had no one to identify myself with. Being on this shoot helped so much with this, enabling me to own who I really am, who I want to be and what I represent. I am so proud to have been part of this project since the message of it means a lot to me and even more so in this very difficult time that the world is going through.”

The dance for Taïs was created by Artist, Dancer and Choreographer MJ HARPER, who worked closely with Melina Matsoukas and Juliette Larthe on the casting and choreography. The film features a unique arrangement of the song 'The Show Must Go On' by Queen.  The Amazon Christmas film is titled ‘The Show Must Go On’ and was shot by award-winning director Melina Matsoukas, whose feature film ‘Queen & Slim’ was released in 2019 to critical acclaim.

Matsoukas’s previous directing credits include music videos for Beyoncé’s ‘Formation’ in 2011, which was inspired by the aftermath of Hurricane Katrina, and  led to Matsoukas being the first director to be awarded the Music Grand Prix at Cannes Lions. Matsoukas also received great acclaim for directing the Rihanna ‘We Found Love’ music video, becoming the first solo female director to win an MTV award in the Best Video category and also win a Grammy for best long-format video. The Amazon spot was Lead Produced by Juliette Larthe. Larthe was also Producer on Matsoukas’s ‘We Found Love’ for which she also picked up a Grammy Award.

There will be four versions of the brand advert airing from 2nd November until 14th December: the 120 second full-length advert which airs on 3rd November; shorter 60 and 30 second versions, alongside a 20 second version for online.

It’s easy for customers to support a good cause this Christmas on Amazon.co.uk. While shopping for gifts for family and friends, customers can support one of more than 30,000 participating UK charities by starting at smile.amazon.co.uk on a web browser, or by activating AmazonSmile in the Amazon app on iPhones and Android phones under ‘Programs and Features’ (after selecting a charity via smile.amazon.co.uk).

AmazonSmile has the same low prices and convenient shopping experience customers have come to expect from Amazon, with the added bonus that Amazon will donate a portion of the purchase price to a charity of your choice. AmazonSmile has donated more than £4.6 million to UK charities and more than $215 million globally to hundreds of thousands of charitable organisations.