The Winter Olympics Are Over - Who Won?

INFLUENCER: J. Walter Thompson Atlanta CEO Spence Kramer looks back at a few of the stand out ads 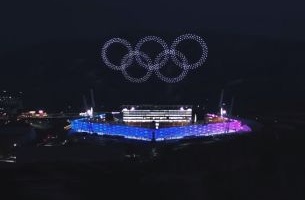 Falling just short of the 'overall bronze' is a pretty good summary for the state of the American advertising industry during this year’s Games, too.

Overall, in keeping with record low ratings and record high ad sales for NBC Universal (that’s a head scratcher for me, too), this year’s Winter Olympic advertisers ran parallel to the highs and lows of our team’s performance at the Games.

Admittedly Team USA-focused, I’ll share a few (of the very few) that stuck out:

“How The F*ck Did They Do That?” – US Men’s Curling Team and Intel’s drone integration

Unlike most of you, I know the rules of curling. It’s like darts. Er, lawn darts. I mean, it’s like cornhole. Okay, I don’t know the first thing about curling but I DO know that the American team had very little business winning that gold medal, and that some of the rocks they threw had very little chance of being so perfect. And yet they did … and they were. I’ve never been so excited about a beer sport in my life.

Weren’t we all captivated when what seemed like a million robot birds rose to 'form' the snowboarder, skier and Olympic Rings at the Opening Ceremony in PyeongChang? Turns out it was actually 1,200 Intel Shooting Star drones. Evidently, they did something again at the Closing Ceremony, but I had lost interest by then. The initial spectacle was made even greater by Intel’s subsequent “Yeah, this is how the f*ck we did that!” piece immediately afterwards. Not exactly spontaneous but definitely mind-blowing.

No American, man or woman, has ever won a medal of any kind in an Olympic Cross-Country Skiing event. The Nords have crushed us since 1924. But not this year! At least not in the single most exciting finish of the entire Winter Olympics. And for a GOLD, no less.

As if it was destiny (it was not, clearly), Comcast had decided to profile Diggins – virtually unknown outside of hardcore CC fans — well before the Games. Using footage from spots shot a while ago, the company jumped at the chance to make a 'real time' version. In it, we see the entire town of Afton, MN get up at 3:00am to watch this very race. It was one of the highlights of the entire Games. In other words, it was the Olympics version of Oreo’s dunk-in-the-dark.  Watch and listen and try not to cheer.

“We Are the Champions” - Shaun White’s Superpipe Gold and P&G’s #loveoverbias.

The most successful male snowboarder of all time redeems himself after a disappointing 2014 Games to win his third gold medal in Superpipe, anointing himself as one of America’s greatest-ever Winter Olympians. Seeing him fold into his mother’s arms (foreshadowing!) after the race was the most poignant moment of the Games. I’m not crying, you’re crying.

And … just when you thought P&G couldn’t outdo some of the most emotional advertising in recent memory, it does, this time adding a timely message of overcoming adversity in the face of increasing prejudice to its universally loved Thank you, Mom campaign. With apologies to Coca-Cola, P&G has taken the mantle as the best Olympic advertiser of all time.

In between were Visa and Toyota and who did the yeoman-like work of earning the hard-earned association with the IOC. Toyota, in particular, produced its largest effort of ever with Start Your Impossible supporting both the Olympics and Paralympics. Visa’s Faster is Better with Chloe Kim was nice and fun but nothing beyond Visa’s usual blanket of Olympic coverage.

Bringing up the rear was, well, the single greatest/worst TV ad I’ve ever seen. It’s a local ad for an Atlanta physician who thought his version of guerrilla marketing might “cut through” this year. I’ve been trying to find it online since it ran, but no luck. So, here’s a paraphrased version of the script (told over terrible – or free – stock footage).

As athletes do their best in Korea, we have our own gold medallist here in Atlanta. Dr. Wayne Soandso, dermatologist . . . [you get the idea.]"