The Work That Made Me: Greg Bray 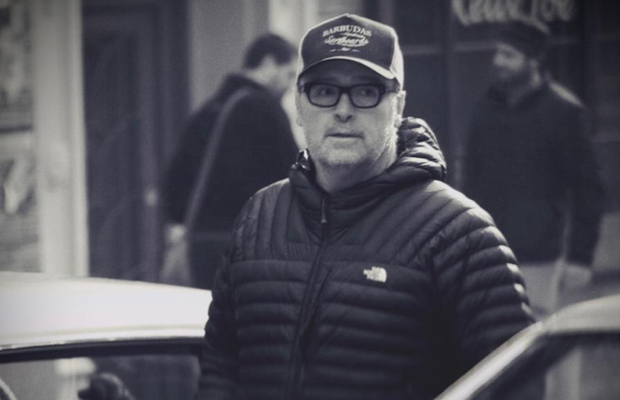 New Zealand director Greg Bray knows comedy when he sees it. Having worked as a creative himself before directing, he knows the importance of a good idea.

Here, Greg looks back the the work that has shaped his career.

The ad/music video from my childhood that stays with me:

The ad that stays with me would definitely be the Toyota Hilux commercials with Barry Crump and Scotty, made by the legendary Saatchi & Saatchi Wellington. I love to see an automotive brand these days be as brave as Toyota was at the time. Good old no nonsense kiwi advertising.

The ad/music video/game/web platform that made me want to get into the industry:

Growing up as studying in NZ, I was surrounded with some great work from the ad industry. From beer commercials to the Hilux spots mentioned above, to the legendary 'Bugger' spot that followed. TV advertising has always been strong in NZ & Australia, and there was plenty of inspiration. Here’s s couple I remember that inspired me:

Another would definitely be the classic ‘Dear John’ ad for BASF, written by the great Roger Brittenden.

The creative work (film/album/game/ad/album/book/poem etc) that I keep revisiting:

Wow, that’s a hard one - there’s so much I could mention here. In terms of the work, I’m a fan of commercial directors like Brian Aldrich, Steve Ayson, Tom Kuntz, Harold Einstein, and The Perlorian Brothers - all masters at their craft, I admire their work a lot, and keep revisiting some of the classics they’ve produced over the years. But I have to say that the single piece of work I keep revisiting would most likely be - the wonderful 'No Nonsense' is John Smiths commercials featuring Peter Kay. So well written, directed and such talented performances, no doubt a lot of adlibbing as well. Great stuff.

Damn, that was a while ago..It would have been back in NZ and Australia during my time as a freelance creative. I was freelancing as a writer in various agencies in Auckland and Sydney - whatever it was, it would have no doubt been something silly and nonsensical.

The piece of work (ad/music video/ platform…) that made me so angry that I vowed to never make anything like *that* was:

Wouldn’t say I’ve really been really angry on a project, but there have been time I’ve been disappointed - I can say it’s unfortunately happened in the German market. I’d never mention any names, and I guess it comes down to judgement at the end of the day. As a director I think it’s important to think about the project entirely before committing to get involved - the agency, and the client. You need to research the agency, to find out if they’re capable of producing the kind of work you want to price yourself, and you need to be sure they are open to the collaborative process - it’s a team effort. An agency that is not flexible or collaborative, is a waste of time. You need to be sure the agency is going to fully commit to your vision and not shy away during the production process. Unfortunately these days, some agencies are filled with fear - so you need to be careful. It’s important to work with an agency that is going to stand up for the your vision - and not fold under pressure. Same with clients, it’s important to check out the work the client has been doing - and ask questions like: Does the work they’re doing display an appreciation for the kind of work you want to do on the project at hand? Are they going to be open to creativity and entertainment as well as communication? The few times I’ve found myself in a dodgy situation - it’s been because I haven’t asked the right questions up front. Perhaps, I’ve been seduced by the idea, and have either been falsely led by the agency, or have simply found out the agency was not willing to stand up for the idea or vision - which is immensely frustrating. I guess it’s a learning lesson at the end of the day.

The piece of work (ad/music video/ platform…) that still makes me jealous:

Just one? Steve Aysons, Old Spice 'Momsong', Carlton Draught 'Beer Chase', or Spotify 'Car Chase', any of the DirectTV commercials from Tom Kuntz, The Perlorian Brothers Wendys Grand Slam Breakfasts 'Mobsters'...let me know when I should stop. There’s so much out there that is very well produced - in all aspects: casting, direction, entertainment and communication. However if I had to narrow it all down, then I’d say I still love Paul Middleditch’s Carlton Draught 'It’s A Big Ad'. Superbly written, directed and crafted.

The creative project that changed my career:

Years ago I wrote a spec campaign for as fast food brand, which got noticed by an ECD that landed me my first job in an agency in Auckland. It never got made, but it landed me a job - and I’ve been writing ever since.

The work that I’m proudest of:

Apart from my kids, the work that I’m proudest of is any job where I’ve managed to make the audience laugh, and have had fun doing so. There’s a lot I’m proud of - this VEET commercial is a good example. Working with the wonderful team at BETC Paris is always a pleasure - they welcome creativity and simply let a director do his job. The team on this one was led by Alasdhair Macgregor, and the spot was written by husband and wife team - Marie-Adeline Nevians & Mathieu Nevians. Legends. I was also lucky enough to have the great support of production company STINK Paris, and the wonderful Vincent Rivier!

I was involved in this and it makes me cringe:

As mentioned earlier, there’s only been a couple, and I do do my best to block them from my mind. I also pay my therapist too much money to revisit them here. :)

The recent project I was involved in that excited me the most:

There’s a couple actually. A few months ago I shot a film for SUBWAY in the UK. We worked with the great team and Above & Beyond in London - led by ECD Dave Billing. We shot two days in Croatia and one day in Naples. We wanted to achieve so much, and I was lucky to have the support of my producers and production company. Nicholas Unsworth and Pete Chambers at MadCow supported my vision fully, the agency also had plenty of great ideas and we wanted to do it all - and lucky for us, the client was amazing.

The other project that stood out recently was this crazy adrenaline charged piece with the team at TBWA in Düsseldorf. They created a character, reminiscent of an 80’s TV action hero, for the launch of Crocodile Power Tape and Glue, a brand in the Henkel stable. We cast in LA and found our guy - the amazing Joe Hursley! Produced through Saltwater Films - this project was a ride for sure!

The World Can Learn from the Ryan Gosling Social Distancing Scale

Nobrain win “Best Music Video” at the Lift Off Festival