This Tree Seeks Asylum From the Threats of Accelerated Deforestation

Campaign conceived by Africa triggers movement against the acceleration of deforestation 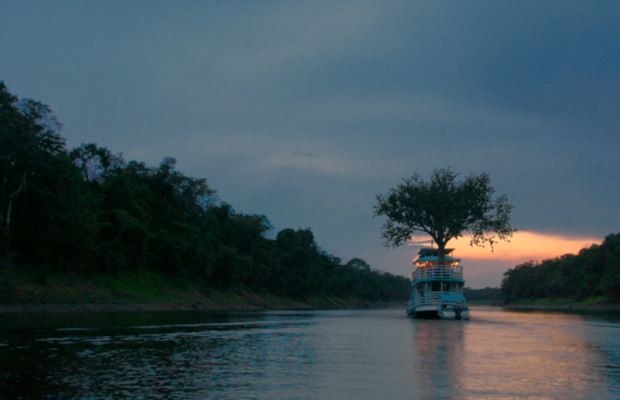 The Amazon is near its tipping point with just a few decades or so to lose about 40% of its rainforests and be turned into a savannah-like mix of woodland and grassland, according to a study published by the Nature Communications journal. A statement that gets even more distressing due the fact that rainforests support a vastly greater range of species and play a much greater role in absorbing carbon dioxide from the atmosphere. Life is at stake, especially for those that inhabit the threatened ecosystem.

In order to denounce the risk to life in the face of uncontrolled devastation and exploitation within Brazil’s forests, with the constant increase of deforestation and fires responsible for the destruction of entire biomes, a Jatoba, one of the many native species threatened with extinction, is seeking asylum in embassies of foreign countries as it felt threatened in its territory of origin. Conceived by ad agency Africa, the unusual request was initially made at the opening of the event 24 Hours of Reality: Countdown to the Future, by the Climate Reality Project, with a film by Hungry Man and was sent to more than fifty embassies.

The trees of the Amazon - as well as of other Brazilian biomes - are under threat. The comparison with the refugee term, defined by the United Nations High Commissioner of Refugees (UNHCR) as any living being who is out of its country of origin due to well-founded fear of being persecuted as well as due to serious and widespread violation of rights and conflicts, aims at provoking a global mobilization surrounding the rapid increase of attacks to the world’s largest rainforest, as well as emphasizing the need to strengthen sustainable management in the region.

Produced by Hungry Man and directed by JC Feyer, the film that tells the journey of the Refugee Tree and also invites people to sign a petition with the intention to stop all deforestation within the next 5 years, a goal based on the ‘Five Emergency Measures to Fight the Deforestation Crisis in the Amazon’, a document formulated by scientists and entities operating in the territory. The full text and petition can be found on the website.

In addition to the support of Climate Reality Brasil, an organisation that works towards informing the society on the effects of climate changes globally, the initiative is supported by GT Infrastructure and Social-Environmental Justice, a group of 40 organisations operating directly in the territory; by IMAZON, a non-profit research institution that promotes sustainable development in the Amazon and Engajamundo, a network of young people that promotes political engagement as a means of transforming reality.

“Our environment is under attack by people and structures that are supposed to protect it. We need to draw attention to the ongoing tragedy and mobilise far beyond the international community to reverse this scenario”, said Renata Moraes, manager of Climate Reality Brasil.

Engajamundo stresses the project’s importance: “The Amazon has been crying out for help for years. The refugee application symbolises not only the survival of this and other lifeforms that are essential for this planet, but also the struggle of the various indigenous tribes such as the ribeirinhos and quilombolas, among many others that live in the Amazon fighting to protect the forest and its territories. This action reveals the urgency of a mobilisation at a national and international level, as well as the need of reinforcing the fight of natives and locals who maintain a sustainable relationship with the Amazon”.

“Trees are living things and this is a dramatic action to direct the world’s attention to the systematic extinction of our planet’s species. We need to move towards a policy of zero short-term deforestation and be uncompromising in the fight against the depredation of our biomes”, emphasised Edson Vidal, a professor at Luiz de Queiroz School of Agriculture (ESALQ).

“The refugee request flags up the seriousness of Brazil’s millions of trees and other lifeforms extermination in a country where the authorities who should be responsible for their protection are often on the same team of the perpetrators. It’s up to us, citizens, to stand in defense of this, in defense of our millions of trees, in the search of a solution which starts with the implementation of the “5 Emergency Measures to Fight the Deforestation Crisis in the Amazon”; which would allow our forests and its habitants to live in peace, providing its relevant environmental services for us and for the entire planet”, said Sergio Guimaraes, executive secretary of GT Infrastructure.

Illustration and photo assembly of the root: Miagui