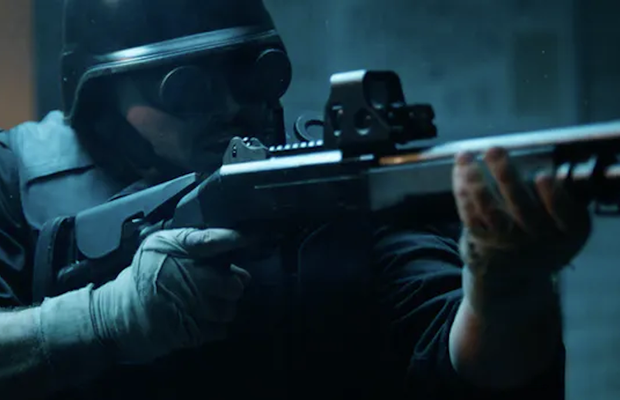 Unlike other games of its kind, in Tom Clancy's Rainbow Six Siege, to be a good player, it's not enough to just be fast, have good reflexes or be able to aim well. To win, you have to be organised, coordinated and always have a plan. And that key difference is the underlying theme of the game’s new launch film.

To demonstrate the need for this added quality, and valorise gamers, agency CLM BBDO created (with strategic planning by Proximity BBDO) a film that immediately puts the spectator at the heart of the action, in the player’s seat in the middle of a game.

"We wanted to illustrate a real match, with life-size characters who physically resemble those in the game and are similarly equipped, and with an identical reproduction of its map.. That was fundamental, because the R6 community won’t tolerate ‘almost’” explains Benjamin Dessagne and Stéphane Santana, creative directors of the CLM BBDO agency.

But if the film starts out as an action film, it quickly diverts to a palette of cinematographic universes, linked by comedy. That's why the choice of the director, Jean-Baptiste SAUREL (BIG Production), was as much a logical choice as it was a bold gamble.

The creators went further with another nod to gamers – the film’s narration is provided by celebrated esports player and commentator Parker ‘Interro’ Mackay, who takes us through a series of scenarios teasing the opposing shooter for his lack of skills, as gamers often do during R6 match-ups, and stressing that, even if you can shoot straight and battle hard, you won’t go far without Rainbow Six Siege-level strategy and planning.

How Zalando is Challenging Dangerous Norms in Poland