Uncompromising on Craft: Turning Jealousy into Motivation for Ant Nelson

adam&eveDDB’s ECD speaks to LBB’s Natasha Patel, in association with 750mph, about attention to detail in gaming campaigns and working on iconic spots for John Lewis and CALM 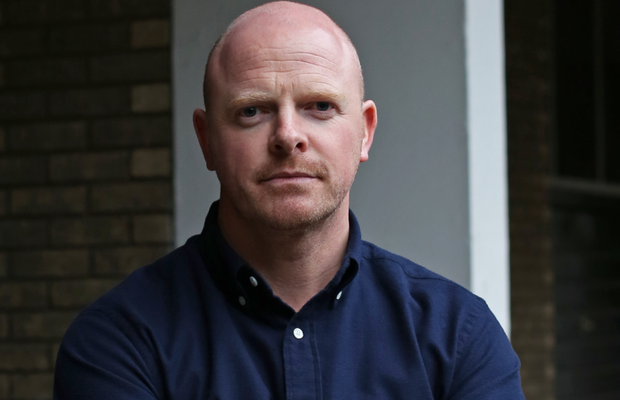 Audio post production company 750mph has partnered with Little Black Book on a new interview series called ‘Uncompromising on Craft’. The series is dedicated to learning from the sharpest minds in adland who transfix eyeballs, set the industry benchmark and make the work that we all wish we'd made.
Next, we’re speaking to Ant Nelson ECD at adam&eveDDB. An art director by profession, Ant has held stints at Saatchi & Saatchi, Publicis New York and AMV BBDO. He joined the team at adam&eveDDB four years ago and has been executive creative director for three. In those years Ant has gone on to be a part of some of the biggest campaigns to come out of UK advertising from John Lewis’ Christmas ads to PlayStation.
LBB’s Natasha Patel caught up with Ant to hear more about the importance of craft in creating a brilliant piece of work, working with eight different versions of Your Song for John Lewis Christmas with Elton John and why the ‘simple brief’ for CALM helped raise awareness for men’s suicide.

LBB> Your route into advertising was through an illustration course, so you must have an eye for fine arts! With that in mind, how important are small details when it comes to creating and crafting a great piece of work?

Ant> Whether you’re art directing a piece of copy, setting the grade or doing the final sound mix on a piece of film, the devil’s in the detail. A potentially great ad can very easily become an OK ad, if the craft isn’t up to scratch. On the flip side, an average film can suddenly be an award winner if the craft is so good that it elevates it to another level. The storytelling of a film can only do so much, it’s the craft, the music and the sound design that really makes something great.

LBB> You worked on the John Lewis Christmas ad with Elton John which you called the 'best and worst brief' - tell us more why?

Ant> The John Lewis Christmas brief is the best, but also the most difficult brief you could ever wish for as a creative. The opportunity to write a piece of work that the nation is genuinely excited to see is almost unheard of. Yet, the expectation and the quality of work that has gone before is huge. Let’s be right, nobody wants to be the creative that writes the ‘bad’ John Lewis Christmas ad, the one that not only disappoints the industry but also the entire country.

LBB> How did you ensure that the end campaign hit a nostalgic chord with viewers but also brought something new to the screen too?

Ant> As with any commercial, the finished film was very different to what we first put down on paper. We always liked the idea of showing how a great gift could change the course of someone’s life, but the initial storyline was written around a ballerina who fulfilled her dream of performing in the ‘Nutcracker’ at the Royal Albert Hall. The story then played out backwards throughout her life, right the way through to Christmas morning when she received her first pair of ballet shoes. Although this is a sweet story, we knew that the spot needed to be elevated in some way. It needed to feel more stand out and have an element of ‘talk-ability’ about it. That’s where Elton came in. Not only is he a national treasure, which felt like a perfect fit for John Lewis, but he’s also had the most interesting and crazy life imaginable. One which we knew we just had to tell.
The problem with writing a historical piece is that you have to replicate those moments in minute detail. We knew the locations and set builds had to be spot on. The wardrobe, hair styles and even his mannerisms had to be bang on point. Then there was the music. Although ‘Your Song’ played throughout the film, it was made up of eight different recordings. Each one from the era we were depicting. Anthony Moore at Factory Studios did an incredible job of stitching them all together into one seamless piece of music. The level of craft that was needed for that particular spot was incredible and it was testament to everyone that worked on it.

LBB> Working on such an iconic brand such as John Lewis means there's a massive history of campaigns that are held up as the pinnacle of film advertising. What's the key to ensuring the craft is protected and pushed?

Ant> John Lewis Christmas ads and ‘craft’ go hand in hand. It’s like roast turkey and cranberry sauce, you can’t have one without the other. And although there are many factors at play that ensure the commercials are as polished as they are, I think ‘scrutiny’ is one of the biggest driving factors. As a creative team, when you finally manage to get a script bought, you know what you’re signing up for. You know that every single decision, choice and detail will be scrutinised by every man and his dog. But that’s a good thing. When all eyes are on something, you damn well make sure that it’s as good as it possibly can be.

LBB> You’ve worked on gaming campaigns that are often CG heavy, so how does the agency make sure all of the different craft components are taken into consideration without compromise?

Ant> Working on gaming brands you quickly realise just how important craft is. Gaming IP in particular is guarded, protected and revered on a whole new level. It was an eye-opener to say the least when we spent nearly an hour discussing the shape, length and colour of a gaming character’s eyebrows. However painful this may seem, it’s great for the commercial. When people care that much about every minute detail, it rubs off on the rest of the film.

LBB> With that in mind, how important is the role of post-production in campaigns, especially in ensuring each detail is correct? As a creative, how do you approach that sort of thing?

Ant> Choosing the right post-production company is pivotal to the success of any commercial. If the agency, director and post-house aren’t aligned from the get-go, then it’s a recipe for disaster. Everyone thinks in a slightly different way. My take on an idea will be different to someone else’s, so it’s super important that everyone is clear what the direction is and what the end result should look like. Having weekly and sometimes daily check-ins helps ensure that everything stays on track. Oh, and having a team that selflessly sacrifices their evenings and weekends to deliver the best possible result is just incredible, and something that every creative is truly thankful for.

LBB> I know your creative motivation comes from the industry's 'competitive' nature but tell us more about this.

Ant> Advertising is a brilliant industry to be part of. It’s mostly full of lovely people, many of which become life-long friends. However, it’s also an incredibly competitive industry, which I love. If a team or another agency produces a great piece of work, jealousy very quickly turns into motivation. It makes you push your own work that little bit harder.

LBB> You were part of the team to work on the CALM campaign which showed the power of advertising like nothing else, tell us more and also why these human insights are so important to touch upon?

Ant> Project 84 for CALM is probably the one piece of work that I’m most proud of. It’s fine selling yoghurt, beer or cars, but producing a campaign that has a far bigger impact on people’s lives is amazing. CALM was a relatively new charity at the time, one which had very little visibility. It was our job to draw everyone’s attention to it and show just how horrific and unacceptable it was that 84 men a week were committing suicide.
The brief was simple and we knew that the solution needed to be too. Right for the get-go we knew the figure of 84 was the key to unlocking the brief. It’s a huge number and one that when you see it first-hand makes you realise just how shocking it is. When we presented the idea, we were unsure as to how the client would react, but Simon Gunning, CALM’s CEO was fantastic and approved it straight away. It’s fine having a good idea, but it’s ultimately how good the client is that determines how good the finished article is.

Uncompromising on Craft: Biff Butler on the Performative Art of Handling an Edit Room