LBB’s Ben Conway speaks with Exile’s editor Stephania Dulowski about the influence of her parents’ work ethic, cathartic filmmaking during the pandemic and an “endless hunt for personal growth” 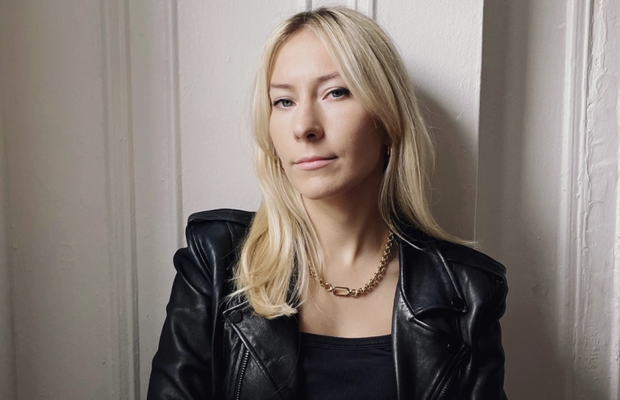 Stephania Dulowski was a dreamer growing up, having to entertain herself and her brother whilst living in small Canadian and American towns. Born in Canada to Polish immigrant parents, she was naturalised in her 20s and still feels the impact of her parents’ perseverance and determination to this day. “Starting up in a new country requires you to be self-sufficient and hard-working, which is something I've always resonated with,” she says. “My parents have really influenced my work ethic, making me believe in more hard work than luck.”

When she wasn’t playing outside making ‘mud castles’ as a child, she engrossed herself in her father’s expansive DVD collection - which has now consumed her childhood bedroom -  or created her own movies with his camcorder to escape reality. To this day, as an INFJ Myers-Briggs personality type, she enjoys drawing back from reality despite enjoying social interaction. “Retreating a bit is very comforting - it’s how I recharge,” Stephania says. “I have a pretty optimistic outlook and, above all, I’m really ambitious and hard working. When it comes down to it I’ll work hard on the task at hand.

Originally focusing on photography, performance art and textiles, Stephania studied Fine Arts at the School of the Art Institute of Chicago, where she joined a video program that influenced her transition to film. During this program, she created a film with inmates at Cook County Jail. “That experience really opened up to me the possibility of social justice work through filmmaking.” After graduating, the young editor took an internship at a Chicago post house as an assistant editor, all the while working a second job in a warehouse to pay rent - a seven days a week grind that was fruitful in producing professional opportunities for Stephania. She says, “Luckily, I met a really rad assistant editor who helped train me in Avid to eventually get hired. She is one of my great friends to this day. I watched a ton of editing tutorials to learn the programs too.”

A determined combination of learning on the job and binging editing tutorials - even in the bath at times - allowed Stephania to develop her basic editing skills. Working on professional and personal projects then pushed the boundaries of what the Exile editor thought she was capable of and resulted in some invaluable advice. “Fake it ’til you make it. If you don’t know how to do something, learn how, and learn quickly. Also, make sure you have friends that you can call up in a moment’s notice for any questions you may have.”

After the world seemingly shut down in 2020, Stephania worked remotely from Oklahoma for a year - sharing her thoughts on that period of time with just a single “yeehaw”.  At the very beginning of the pandemic, however, she created a short film titled ‘Excelsior #EverUpwards’ with friend and director Elle Ginter in her home base of five years, New York. “We filmed the New York lockdown on our phones and collected voicemails and videos from friends which culminated in a three-minute film,” she says. “The film spoke to what everyone was looking forward to after the lockdown. It was incredibly cathartic working on a film when so much was uncertain at that time, and it brought a lot of hope to all of us.”

As an editor, what Stephania truly enjoys about her work is her ability to build anticipation for the reveal of the final product. “There’s nothing more rewarding than making everyone involved in shooting it excited to see the edit. I love pushing the piece to where it needs to go.” To gain inspiration for this work, Stephania likes to believe that every piece has the potential to affect a person’s mindset or behaviour. In light of this attitude, she tries to involve herself in projects that relate to matters that are important to her, such as projects that pertain to social justice. “Last year, I edited a Black Lives Matter piece that captured an aspect of the movement in the summer of 2020. I’ve also been fortunate to work on projects promoting awareness for women’s health such as my pieces with NARAL or Blue Shield.” Additionally, another more recent source of inspiration is the latest influx of entertainment and video platforms, which she believes has ‘opened the door to a lot of content’, as so much new content is now available on demand.

One of the difficulties that often comes up in her profession is the balancing act between agency and director, which Stephania says can be ‘tricky to navigate in the edit’, although she hasn’t encountered many issues herself. When difficulties arise, or she is in need of an inspiration boost, talking to other editors can be just the solution she needs. “It’s the best go-to for any questions or updates,” she says, “I also have many friends in different roles throughout the industry so it’s refreshing to hear from various departments.” Although fool proof at first glance, according to Stephania, this solution can be a double-edged sword. She says that occasionally you can feel lost amongst the ‘sea of people’ working in the film industry - the desire to be up-to-date and collaborative with fellow editors introduces thoughts and noise that can easily derail one’s focus. “Be inspired by others but stay on your own track.”

“Decompressing from work is key,” says Stephania, who - despite always being busy with side projects -  loves to run and is an avid reader and podcast listener. “In particular, I love keeping up with the ‘Team Deakins’ podcast. And of course, I love watching TV shows and movies, although sometimes I fall behind with current entertainment. Randomly putting on a film from Criterion Collection is a fun move as well.” Just as in her work-life, connecting with people who have different viewpoints and ideas is another way in which she likes to relax in her leisure time. “Checking in with friends is also a huge way for me to decompress and get out of my own head. Hearing different perspectives and talking things out always helps me with whatever is going on in my world.”

After all her professional development and an ‘endless hunt for personal growth’, Stephania’s core motivation always comes back to the drive that was instilled in her by her parents. “Seeking questions, answers and meaning coupled with the way my parents raised me to have a very strong work ethic are all the driving forces of my life. I’m an artist and I simply love to create.”