The Dublin-based director tells LBB’s Alex Reeves about his journey from stop motion experiments to feature documentaries, via an abortive career in law 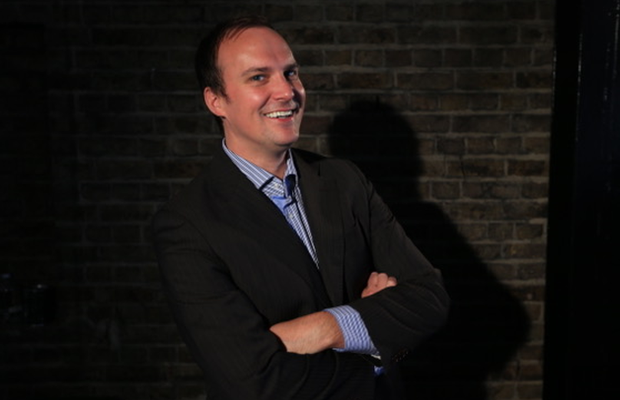 In hindsight, a career in law was probably never meant to be Alex Fegan’s destiny. The clues that he’d be more suited to a creative career were there early on. “As a kid, I was a day-dreamer, always in trouble at school for gazing out the window,” says the director.
He’s now commercially represented in Ireland by Red Rage, with a reel of documentaries that he admits revolve around his “current fascination with Irish-ness”. You can tell from their titles: Older Than Ireland, The Irish Pub, Sins of Ireland. Born and raised in Dublin but with a Dutch mother, he grew up hopping down to Holland regularly. “I think having a foreign parent gives you a unique insight into your own country because you see things from two perspectives,” he says.
Alex first got into filmmaking from about the age of 12, using his dad’s Hi8 camera, which he was surprised that no one used. He loved playing around with it. Initially he tried making short films with his brothers as actors, but his vision was frustrated by sibling obstruction. “They were always messing,” says Alex. So he got into stop motion animation and began building his directing talents with Lego toys. “Lego [people] were much easier to work with as they always had a smile on their face,” he says.
What he calls his “first proper animated film” was called Save Us Adolf, exploring the sort of circumstances that might cause the world to rely on an evil dictator to save the day. This achievement came to Alex at 17.
For the years of his youth, Alex’s major passion was for stop motion animation and, as demonstrated in Save Us Adolf, “telling stories that subverted normal thinking”. He also loved stamp collecting, if that helps paint the picture. “I was a total nerd (and still am!).”
He never thought filmmaking could be a career though. He had no idea how to enter that world so he plumped for something more down-to-earth, completing a degree in economics and finance, followed by a postgraduate law diploma. He became a lawyer and went into practice. Thankfully, he never left his passions alone and continued making film. He even managed to finish a sci-fi feature, Man Made Men.
His first feature documentary, The Irish Pub, is the first film Alex sees as being “professional”, even though it was made with no budget. A gentle, lovingly-made exploration of the nation’s particular expertise in running drinking establishments. When it was completed, Alex put a trailer online and soon a well-known distribution company, Element Pictures Distribution, saw it. They loved it and ultimately put it into cinemas all around Ireland. That led to the Irish Film Board granting it completion funding so it was able to get the film professionally graded. “My memory of it is great because it opened many doors for me,” says Alex. The film ultimately played on Netflix and got a great reaction, won some awards and convinced him that he could really make a go of this. He decided to take six months off from the law firm he was working with and he never went back.
From then on he was determined to make it as a director. “It was very much deliberate once I made my mind up that this was what I really wanted to do! Having worked in two entirely different careers, I really believe it’s essential to do what you love!” And he clearly enjoys what he does. “I love every aspect of it from idea to distribution. But I particularly love the feeling of editing something together that I think works. That’s the best part of it.”
Being utterly self taught, Alex has honed his craft by making “lots and lots of mistakes”. But he doesn’t hide from the wrong steps he’s made. “I think you can get distracted by the myriad of flaws in anything. I try to put my voice into my work. I’d admire film directors who try something different in their work, even if they fail doing it.”
He’s not going to stop making films any time soon. Having built a career for himself, he knows: “If you want to get something made, you just need to make it. Don’t ask anyone for permission.”
That said, he’s not immune to frustration in pursuit of his creative vision. Raising finance for his projects is a perennial challenge, he says. “Although I’ve found the ideas I think are amazing never get funding but the ideas I feel are average always do. Very weird!”
As a supporter of “a proper pub”, the isolation of Covid-19 has made Alex pine for meeting friends in a quality boozer. And he’s missing the indulgence of watching a great feature film in the cinema. But he’s found silver linings. “I found the lockdown experience to be a great way to keep people out of our family home,” he jokes.
This has given him more time to do what he cherishes on a personal level, cycling and running but most of all spending time with his family. “I love reading stories to my kids or taking them sea swimming, mainly because they love it.”
As Alex moves forward with his directing career he’s clear on what he wants to do: “I always hope to entertain and/or make people see the world a little differently. Also, as pretentious as it might sound, to make people feel less alone in the world. We’re all a bit mad and why not!?”