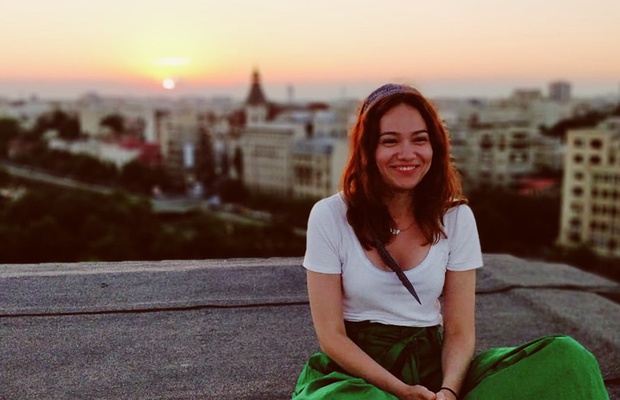 It’s a rather sweet irony that Cheil Romania’s Group Creative Director Roxana Nita’s most famous piece of creative is immersed in the world of silent cinema. It turns out, she’s a pretty quiet person herself – but 2019’s Unquiet Voices for domestic violence charity ANAIS sent out an almighty cry.
Unquiet Voices is a 40-minute film that used silent movie footage to give a voice to victims of domestic violence. Cleverly, the project made full use of the fact that on January 1st 2019, a whole slew of silent movies lost their copyright. It was particularly poignant because at very few victims domestic violence actually reported the situation to authorities.
“This cause always touched me and I wanted to find an idea that helps victims tell their stories in an appealing way,” explains Roxana. “So when silent movies lost their copyright, we did a movie where seven domestic violence victims gave their voices to abused characters in silent movies, for the first time in 100 years.”
Roxana says that the response to the movie was ‘overwhelming’. It picked up Gold and Silver Awards at London International Awards, won a D&AD pencil and was even screened at the Cannes Film Festival.  More importantly, the film is now being used by Romanian institutions as part of an effort to remedy the domestic violence situation in the country.  “The movie is now being used as educational material in schools, colleges and even in the Romanian Court of Law and it’s being translated into other languages,” says Roxana. “As a creative that keeps trying to create social change, I feel this movie is definitely part of my legacy.”
Indeed, since Covid-19 struck, Roxana has continued her collaboration with ANAIS on a shocking campaign that highlighted the spike in domestic violence caused by lockdown.
And while Unquiet Voices certainly made a lot of noise, it’s not something that Roxana is naturally comfortable with. She describes herself as a ‘laid-back and introverted’ kid, who enjoyed reading and going to school. She was also a huge music fan and now describes her headphones as ‘a natural extension of [my] ears’. This quietness conceals a vivid imagination and rich inner life.
Having said that, the hustle and bustle of life in the advertising industry is something that Roxana has had to get used to. And she believes that the industry is losing out by failing to tap into the leadership potential of the thoughtful, considerate introverts of adland.
“As an introvert, I’ve always struggled to keep up with loud agency environments and to make my voice heard,” she says. “My introversion has been mistaken at times with a lack of desire for leadership, despite my drive and experience. Growing up, I felt that introverts have been written off as leaders under the misperceptions that people skills are all about being outspoken, rather than empathetic and collaborative.”
As boisterous and noisy as the industry can be, there was never any question in Roxana’s mind that it was where she wanted to end up. Curiously, she’s the descendant of a line of meticulous, analytical female accountants – both her mother and grandmother worked in accountancy. Roxana, though, was drawn more to the TV ad breaks than the world of bookkeeping.
“As a child, I used to be hooked on those TV commercial breaks, they were my favourite part the program and I never saw them as annoying or disruptive, I thought they were quite entertaining,” she says.
That being said, her family afforded her many opportunities to travel abroad, which cracked her brain right open. Suddenly Roxana found herself exposed to different cultures and ideas and innovative creativity that was wildly different from the prevailing culture in Romania in the ‘90s. “I remember as a child I was blown away by the Comics Art Museum in Brussels and the overall interactive experience people had there compared to more traditional museums in Romania,” says Roxana. “I think getting in touch really early with a more Western culture, while experiencing an Eastern European culture back home helped me broaden my perspectives as a creative.”
As a teen, Roxana schooled herself in programmes like Photoshop and learned about design through communities like DeviantArt and Freaking News, which had weekly design contests and photo manipulation contests. In many ways, Roxana was part of a pioneering generation that taught themselves online – something which is commonplace these days. That being said, being a studious, self-described ‘geek’ Roxana still got the paper qualification, a masters in Advertising.
Roxana graduated in 2010 and quickly got a job as a junior art director. She won the local Cannes Young Lion competition in 2012, was selected as one of the top two creatives to represent Romania at ADC Europe's Creative Express program in Finland in 2015 and in the same year she graduated Eurobest's Young Digital Academy. “Told you I’m a geek,” she jokes wryly.
Throughout college she did bits and pieces of freelance work and had some agency internships. However, the first really chunky and challenging project that she worked on was a KIT KAT Facebook campaign that was all about posting daily, easy-to-digest bits of content that would serve as the ‘break’ that is so closely associated with the biscuit’s brand.
“We ended up creating over 300 unique real-time reactive visuals for the The Five-To-Two News campaign,” says Roxana. “The content was a witty illustration of the most interesting news of the day. I remember the rush and the excitement when we had to propose the visual each morning, get it quickly approved and then post it at 13:55 sharp.” 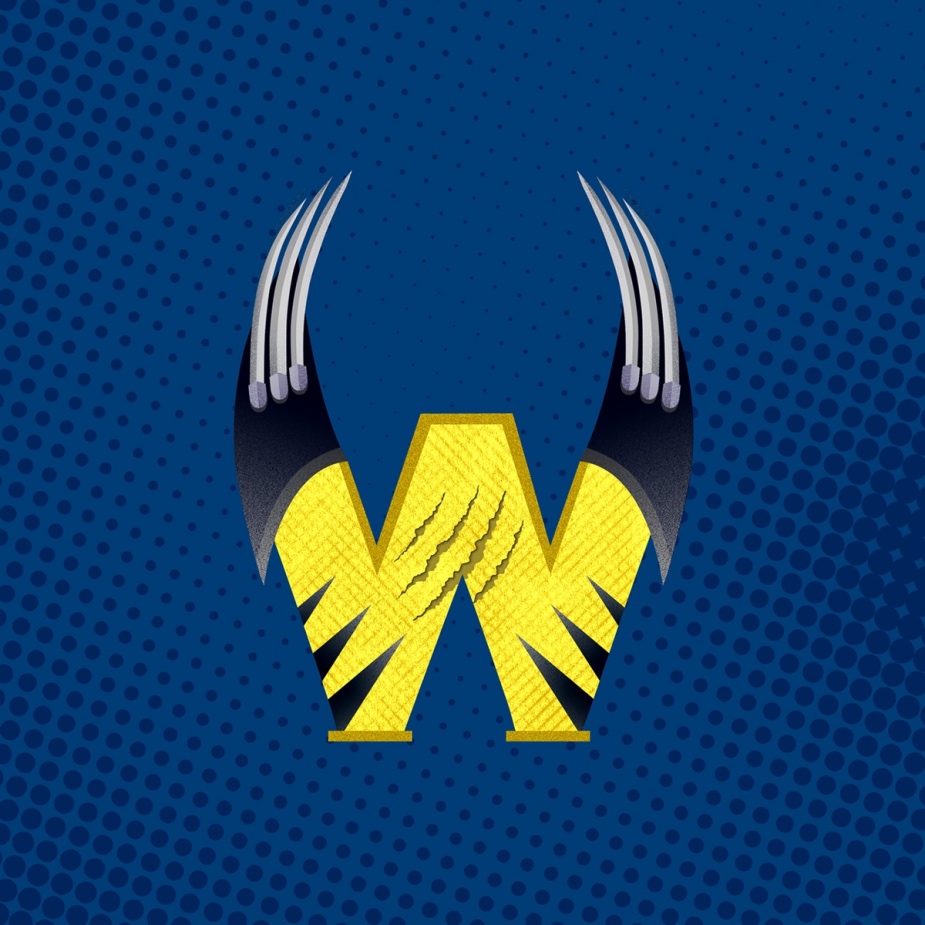 That rush has never gone away for Roxana. She consumes creativity and the thrill of coming up with ideas and the satisfaction of honing her craft as an art director and creative director truly motivates her. Even in her spare time Roxana has several creative pastimes. She loves lettering and has taken calligraphy lessons and has devised two whole alphabets from scratch, one that featured superheroes and one for a more personal project called Acronyms. In pre-Covid days, she was a regular fixture in the front row of gigs and plays. 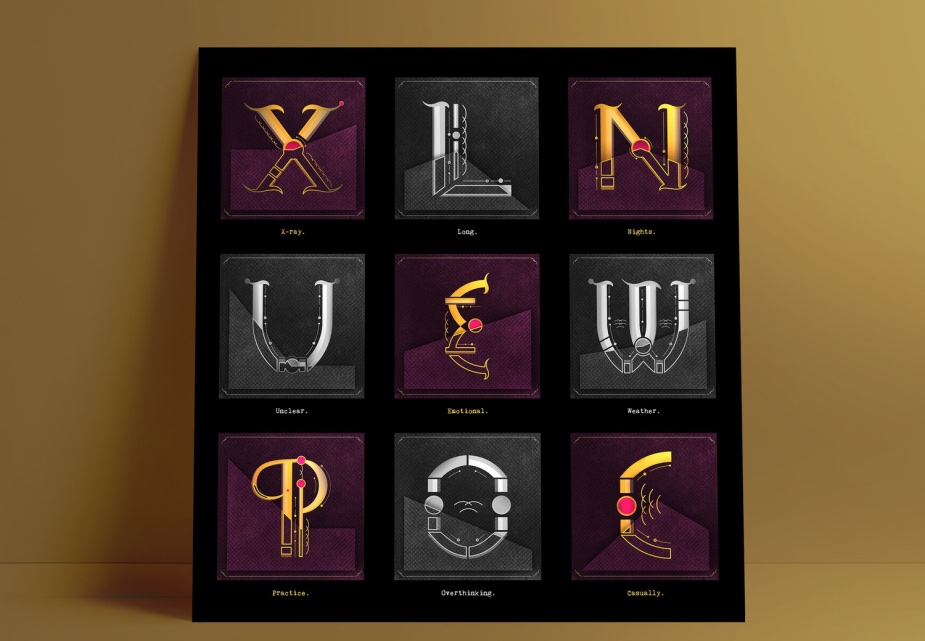 Speaking to her, her passion for creativity just radiates from her. “The “coming up with ideas” part [is my favourite],” she says. “I always joke that before being a Group Creative Director, I’m just an Art Director and before that I’m just a creative. I freaking love ideas, it’s why I got into this industry and each brief is like an awesome puzzle to solve. I love that adrenaline rush you get when you come up with an idea that excites you and you literally cannot wait to see it produced. I also love how each brief is different and it makes you explore new fields and discover new insights. It’s never dull, I feel we have the best job in the world.”
Despite the obviously love she has for her work and the industry, she’s not without frustration. The fetishisation of ‘cheap’ above all else can get on her nerves.
“That you can do awesome work with almost zero budget. While I totally agree with this statement and sometimes it’s doable, I think it’s been overused as an argument to refusing great ideas that do need financial support,” she says. “Unfortunately, not all great ideas work with zero budget and money shouldn’t be such an important criteria for judging an idea. It’s really disarming for especially for junior creatives as it’s a statement that gets thrown a lot in briefings and interim meetings.”
Budgets in Romania, as in many other markets, have been squeezed. But there’s plenty to get excited about locally too. It’s a market that’s made a real impression on the international advertising scene, and deserves its place alongside New Zealand and Ireland as relatively small markets that pack a huge amount of creative oomph.
“I would say the industry in Romania is really fast-paced, which has its advantages and disadvantages. The good part is that the process of producing work is easier and quicker than in other countries, that bad part is that this speed in process is sometimes detrimental to craft and the overall quality of the projects,” she says. “What I also like about Romania is the rise of art and tech stunts; there are many brands who now support the local artistic scene, so there’s huge potential for future ground-breaking projects.”
Inspired by the dynamic local art scene, Roxana would love to see the ad industry get closer to the tech and innovation companies and the art community in the country.
As we speak, Roxana is currently based in Bucharest – and like everyone she’s had to navigate the pandemic as well as she can. As a natural introvert, you might think that she would have adapted easily to working from home, though Roxana says that it actually encouraged her to be more proactive with her relationships.
“I had a hectic start this year, so ironically this lockdown reshaped my priorities a bit,” she says. “As cliché as it sounds, it me slowed down and made me reconnect with people and with my surroundings.”
In any case, as Roxana grows in her career and in herself, she’s reached a new, more evolved understanding of her introverted personality. It’s no longer an unquiet voice, but a real strength.
“I’m clearly an introvert by nature, I’m not really comfortable in crowds or large groups of people. I disliked this personality trait when I was younger, because most people, especially in advertising agencies, have a more extroverted personality and I thought I would never fit in,” reflects Roxana. “But as I grew older I began to respect my introversion and see it a strength, not a weakness, especially when it comes to generating ideas. I’m also really driven and hard-working and a little stubborn from time to time, so when I set my mind on something, I rarely give up.”

A Creative’s Perspective on Keeping Up with Tech Race