Uprising: Inaan Budhiraja on Creating His Own Legacy in the Industry 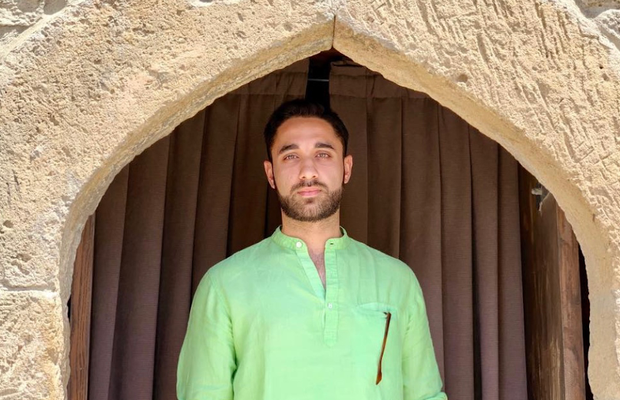 Curiosity and cultural understanding are core parts of the strategist’s toolkit. And for Inaan Budhiraja, they’re as natural as breathing.  Inaan is currently based in the Middle East at FP7 McCann but he has had a pretty cultural upbringing by all accounts. He was born in India, grew up in Dubai and studied at Rollins College in Orlando. He explains how this has aided him in the working world: “The exposure to all three cultures has molded me into who I am today and allows me to understand others and their cultures better, which I believe is key in a consumer centric business”.
But while strategy and advertising have proven to be a fantastic fit for Inaan, it wasn’t something that he had always yearned for.
Inaan explains, “I only came about to like advertising once I went to college and started to get fascinated by the aspect of understanding people and the art of selling, be it ideas or things”. It seems that understanding people has always been a big part of the strategist’s make up as he says his mother recalls him as a very social child – once his studying was done. He explains: “My mom would always tell me that I loved to have a great time with my friends and always liked being active, but only once my work was complete. I’ve always liked being around people and helping people, which is why I’m in a client servicing business today.”
He resisted the call of the advertising business partially because he was reluctant to follow in the footsteps of his family. And for, Inaan, the footsteps are massive. His father, Rajeev, has been in the business for almost three decades and was CEO and founding partner at Draft Dubai who are now part of FCB/DraftFCB, McCann agencies MENAT and is now senior advisor for MCN MENAT. So, growing up with one foot already in the industry has always been something Inaan has been aware of, but he says advertising was never something that interested him until he went to university.
He is keen to highlight that joining the advertising industry and creating his own legacy without “glorifying his family’s footprints” has been a major influence throughout his career. And so, at university in America Inaan studied economics and business management before returning to Dubai which he calls “home for more than twenty years”.
Upon graduating he joined McCann where he has been since. Inaan explains, “advertising has been a part of the family for 30 years now. It’s something I grew up with and have seen all my life. Hence, I wanted to experience it for myself and give back to an industry that has given my family so much”. Those early days provided plenty of learning curves, of which Inaan says being experimental was the biggest. “Most agencies in the region go for the tried and tested, but in order to grow you need to try something new. If it fails, you know what to do next time, and if it works, you might become the first to do it.”
After a stint working as part of the MENA Effies team Inaan felt he had found his feet at the agency and believes those early mornings and late nights have carved a path for his career, “it taught me resilience, hard work and patience under pressure - all those tough and sour moments brought us the sweet success”. But it also taught him to trust his instincts when finding the balance between “when to say no to a client and when to say yes”.
As a strategist, keeping up to date with the latest trends are part and parcel of the job and for Inaan reading at least one article a day and watching one video a day are his way of staying well-informed on the field. This has spurred him on to connect to his own writing side and as a result Inaan is a keen writer and finds publishing thought pieces as a way to get his creative juices flowing.
With such a creative background and career to date, we asked Inaan what drives him and its no surprise that his answer is about continuing a family legacy. “Coming from an entrepreneurial and business family background, what motivates me most is to do it myself and continue on the legacy that exists.”

Thatchers Keeps it in the Family for Wholesome Spot