Uprising: The Excitement of Trail-Blazing Opportunities with Isabel Sandoval

Having recently signed to Black Dog Films, the Lingua Franca writer, director and actress explains how growing up in the Philippines influenced her craft, what inspires her and why trail-blazing is so exciting, writes LBB’s Nisna Mahtani 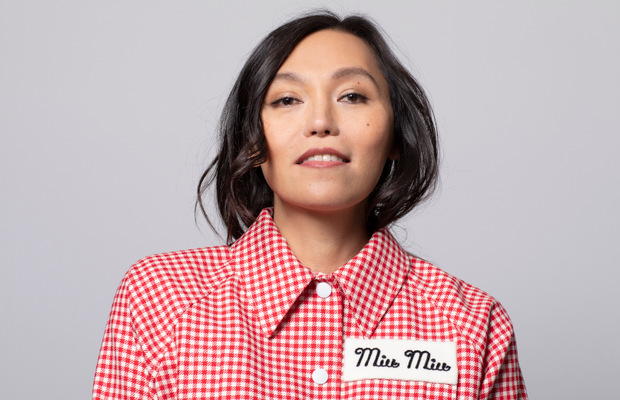 Growing up in the Philippines, Isabel Sandoval’s sheltered upbringing led to stage plays, books and an affinity with make-believe. Ultimately, this would lead her to commissions and short films, creating on-the-job learning with the composition of her own work. Her films are led by her passion for “inspiring others to dream up a universe of opportunities for themselves,” says Isabel.
Being an outgoing child, Isabel says she began as a “wannabe director early on,” putting on stage plays with the other children in her apartment compound. Persuading parents to watch as most children do, it became apparent that Filipino comic serials, movies and TV shows influenced her work.
Inspired at a young age by what she read, Isabel describes how the “world of make-believe,” was more prolific to her than most other children.
Isabel’s upbringing is evident within her work, “I went to the same Filipino-Chinese Catholic school from kindergarten to high school and then a Catholic University”, says Isabel, “my relationship to my upbringing is admittedly ambivalent but its influence is apparent in my work.” One of Isabel’s early films, Apparition, focuses on historical impacts on a nunnery in the Philippines in 1971.
Completing her undergraduate degree in Psychology, Isabel notes how travelling to Hong Kong and watching Wong Kar Wai was a “formative experience” within her directing career. She has since honed a muted and serene aesthetic within her work, similar to the styles which influenced her but not afraid to create her own path.
Isabel’s passion for travel also led her to New York, aged 23, where she remembers the “glorious expansion of cultural horizons.” It was at NYU that she embarked on an MBA and eventually found herself landing commission for the fashion house Miu Miu, to shoot Shangri-La, “the next short for their acclaimed Women’s Tale series,” which Isabel explains, “previously featured Agnes Varda, Lynne Ramsay, Miranda July and Ava DuVernay.”
As Isabel did not have formal training within the film industry, her film education largely consisted of learning on set and “making my own films,” she says. Isabel’s creative process, her commitment to embrace and celebrate her “unique and different” attributes and motivation is apparent.
A self-described “voracious cinephile”, Isabel cites Ava DuVernay as an inspiration and “beacon for not just being a creator but a tough leader, kicking the doors open for minority artists”, and being one of her favourite creators within the industry. Her inspiration also includes Chloe Zhao, as an “immigrant Asian auteur,” who is able to “traverse both the arthouse and studio worlds.”
Isabel’s writing, direction and acting in Lingua Franca showcases her character Olivia (played by Isabel herself) as a Filipino, transgender woman in Brooklyn and mirrors many of her own life experiences yet creates an alternative storyline. Her creation process for each piece involves allowing her “imagination (to) have free reign” while honing her craft through the editing process. Isabel explains her goal of wanting her work to be “artistically bold,” while also being “striking and original enough to be regarded as art.”
Through her multi-role involvement, Isabel explains how she brings together a film during the process of editing. Crediting editing as being “more powerful” than direction, especially when it comes to conveying the story she wants to present.
Relevance within the industry is vital and to keep on top of developments, “I keep a tab on promising new artists and directors who take big creative swings in their work and innovate the medium,” says Isabel. She emphases how she believes authenticity will make her “stand out as an emerging artist,” labelling herself an “iconoclast.”
Through the period of lockdown, Isabel describes how slowing down led her to North Carolina to be with family, where she developed “a few TV and feature film projects, including (her) new feature Tropical Gothic.” The new feature film will be Isabel’s third.
Isabel’s move to North Carolina into what she describes as “an introvert’s mecca,” had her looking into “pre-colonial Phillippine lore,” and inspiring her to “develop a fictional mythological universe inspired by Southeast Asian folklore,” which we’re excited to see in the future.
Isabel’s motivation ultimately lies in creating opportunities in her life and through her work. “Nothing excites me more than blazing a trail. To imagine the possibilities for myself that other people or the industry would have never thought possible and making them happen. Inspiring others to dream up a universe of opportunities for themselves as a result,” says Isabel.