The senior art director at TBWA\Chiat\Day New York speaks to LBB’s Ben Conway about the double-edged nature of social media, being ‘hands on with everything’ to learn and a humbling scuba experience 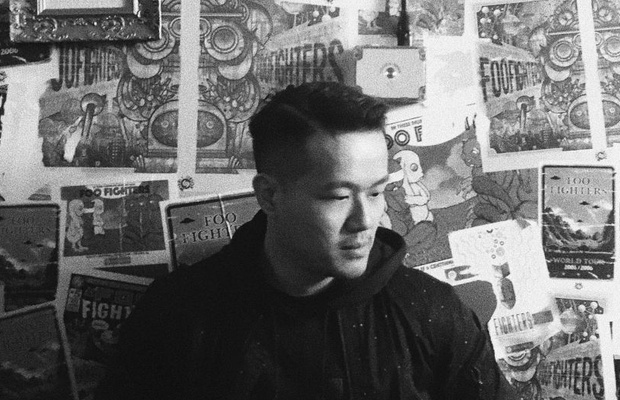 Ambassadors, the Dutch creative studio with offices in Amsterdam and New York, has partnered with Little Black Book to sponsor the Uprising Channel. The channel gives a voice to important talent in the industry who often don't get the opportunity to share their thoughts and opinions, as this is something often reserved elsewhere for c-suite executives only. Ambassadors’ support means that the industry’s top talent will have an even louder voice on LBB’s global platform.

Like many at school, Royston Ang sat at the back of the class, staring out of the window and daydreaming about anything else. Despite excelling in maths and art, he didn’t feel stretched or fulfilled until finding his ‘calling’ in the form of graphic design. “When I was deciding on what to pursue after secondary school, my friend suggested trying for graphic design. During the interview process, the only thing I brought were some sketches I did for fun and a design for a Nokia phone cover. I was surprised I got accepted when all the other kids had portfolios of fine art drawings.”

Residing somewhere between extrovert and introvert, Royston’s personality means he has often moulded to his surroundings, but for the most part, has enjoyed the company of a tight-knit group of friends. “I think I’m also ambitious and stubborn. I always believe if you put your mind to something and manifest it, it will happen. I guess being stubborn in that aspect, helped a little too!” Manifesting his ambition and utilising his ‘stubbornness’ for creative means, Royston also enjoyed music and diligently practised the clarinet for his school’s military band.

Royston studied Visual Communications at the Temasek Design School in Singapore, initially interested in pursuing graphic design, he became more focused on advertising modules after foreseeing a fruitful career in the industry. Fortunately for him, Royston landed his first job in advertising and found a career that he enjoys early on.

To develop his creativity and skills, Royston says that the best way to learn and hone his craft was ‘being hands on with everything’. He says this is particularly valuable advice for those following in his footsteps at smaller, independent agencies where you’re likely to have a broad remit of responsibilities, from ‘designing the lockups to making social posts’. Sometimes, as Royston discovered, what it takes is an engaged and driven mentor to motivate and lead young talent on their journey. “I’ve also had bosses who really drove home the nitty gritty things such as kerning and leading in typography. It was painful for sure, but it helped me hone my craft.”

Royston’s previous chief creative officer, Chris Beresford-Hill (now at Ogilvy), is one of the mentors that he has looked up to throughout his career, and now is grateful for the opportunity to work with someone he admires. “I’ve always admired how he managed to turn the agency around to become one of the powerhouses in the industry. He’s sharp, cynical in a good way, fiercely passionate but also a compassionate leader at the same time.

One of Royston’s first professional projects was a project for KitKat in Singapore. His team created art booths across the country that used EEG neuro bands to produce art using people’s brain waves. “I spent weeks designing the graphic elements and icons that translated the state of the mind from stress to relaxation. For example, the icons for the stressed state of mind had more jagged and sharp edges, and the icons for the relaxed state would be rounder.” Another project that was a big ‘break’ for Royston was a Mountain Dew - Gremlins crossover that Royston helped create at TBWA\Chiat\Day New York. “Seeing Zach (Billy) and Gizmo back together on screen after 37 years and the way he looked at Gizmo like he reunited with his long-lost friend was a heart-warming moment,” says Royston, “Also, the fans of the original film enjoying the commercial was something I’m ecstatic about.”

What the art director enjoys most about his work, is the rewarding feeling of seeing his work in the flesh, after an arduous process making it a reality. “From an idea you had, to spending months making it appear everywhere - on TV, billboards... I’ll never get tired of that feeling.” His enjoyable vocation doesn’t come without its challenges however. Royston cites pitching and ‘selling ideas’ to clients as a particular skill that’s hard to master, regardless of creative ability. “It’s an art on its own. Having a great idea is only 50% of the process.”

Maintaining an open mind and being curious are Royston’s principles for staying fresh and up-to-date in the industry. He likes to seek inspiration in all forms of media, “From films, going to museums, or just sitting at a café observing life in general.” This inspiration helps him to achieve his goal of creating work that is both emotive and rewatchable. “I strive to create work that people will not only feel for - whether it’s emotional, funny, or outrageous - but want to google and see it again.”

Nowadays there are more and more outlets and modes for Royston to express his creativity and produce emotional and impactful work with, but he says this can be a double-edged sword. “There are so many new mediums with social media like TikTok and ways of conveying an idea.” Royston says, but adds, “The same thing that excites me is also the same thing that frustrates me. It’s more difficult to cut through the noise of social media. It’s challenging, but it pushes you to think harder and come up with better ideas too.”

Currently based in Manhattan - Royston is glad to have finally settled in his third apartment since moving to New York in 2020, after some lockdown difficulties... “Let’s just say I’m glad I never have to live with roommates again... It’s been a challenge to work from home if you are living with roommates.” During his free time, learning to cook - as a self proclaimed culinary ‘noob’ - and exercise are some of the ways that Royston distracts himself from work and other intrusions. “I know making meatball pasta might sound like a no brainer, but for someone like me it’s quite an achievement… But a workout at the gym after work does wonders. I spend a lot of time in my head, so it’s a good way to take my mind off things and do a repetition of exercises.” Royston also enjoys concerts and listening to music, recommending Little Simz’s ‘Sometimes I Might Be Introvert’ as the must-listen album of the moment. “It’s better than Kanye or Drake’s album, I swear.”

Another way to spend his recreational and vacation time, Royston enjoys travelling to new places and discovering people’s stories, the latter of which has opened a door to a new hobby that has defeated a life-long phobia and even changed his outlook on life.

“I have always had a fear of water, but a friend of mine who is passionate about scuba convinced me to join her. I was determined to get over the phobia. We went scuba diving mostly in Asia, and we would go chasing after whale sharks.” Royston says, “There is no better feeling compared to the serenity and complete silence in the deep blue, only hearing your own breathing. Feeling so small in the big vast ocean. It’s quite humbling.”

When he isn’t scuba diving or relaxing and instead has to be back in the creative frame of mind, motivating himself has become easier since moving to New York - now living in the city he has ‘dreamed about all his life’. But to this day, Royston follows advice that served him well since the beginnings of his career as an art director. “You should approach every brief like it’s the work you want to make and put in your book.”

Ambassadors Teams Up with Amp.Amsterdam as Strategic Sound Partner