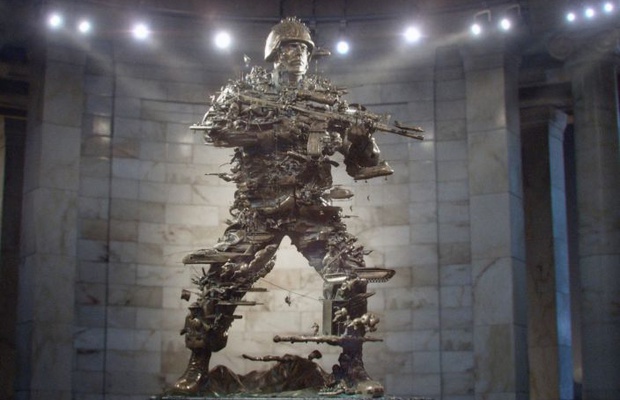 One week after introducing its Battles Won brand platform, the United States Marine Corps debuted new creative and a new website celebrating the irreducible essence of the Marines: their fighting spirit.

“Marines have more battles to face than ever before, and it’s important that all of America’s communities understand how we as a Corps are committed to winning them,” said Lieutenant Colonel John Caldwell, National Director of Marketing and Public Affairs, Marine Corps Recruiting Command. “With the passing of generations who remember or participated in the wars of the 20th century, and in recognition of the battles won and sacrifices made in this century, we’re shaping how we communicate who we are and what we do to our audiences today.”

Enter Anthem: a new spot, launching today, created as an ode to the nobility of the Corps and the battles Marines have faced and won throughout its proud history — from the figurative battles recruits fight to earn the title, to the literal ones in combat. Iconic battle scenes are sculpted as monuments in the spot, making up a larger Marine statue.

Developed by J. Walter Thompson and produced by The Mill, Anthem is cinematic in style, employing traditional camera movements, focus, lighting and texture within a CGI environment.

“We wanted the final results to feel as real as the epic moments in history we were depicting,” said Ben Smith, Executive Creative Director, The Mill. “We strived to faithfully recreate the craft and material finishes of bronze sculpture work, and used lighting and cinematography to underpin the sense of realism.”

Also launching today is a new Marines.com with strong imagery and clear calls-to-action to inspire, educate and motivate prospects to take the next step by completing the Contact A Marine form to connect with a Marine recruiter. The responsive site features dynamic content, including five cinemagraphs on the homepage and more than 50 videos, a dozen of which were filmed earlier this year.

“Across all platforms, Battles Won contextualises what Marines do as a fight: fighting self-doubt to become a Marine; fighting our nation’s battles; and fighting for what’s right in our communities,” said Sean McNeeley, Executive Director of Account Services, J. Walter Thompson Atlanta.